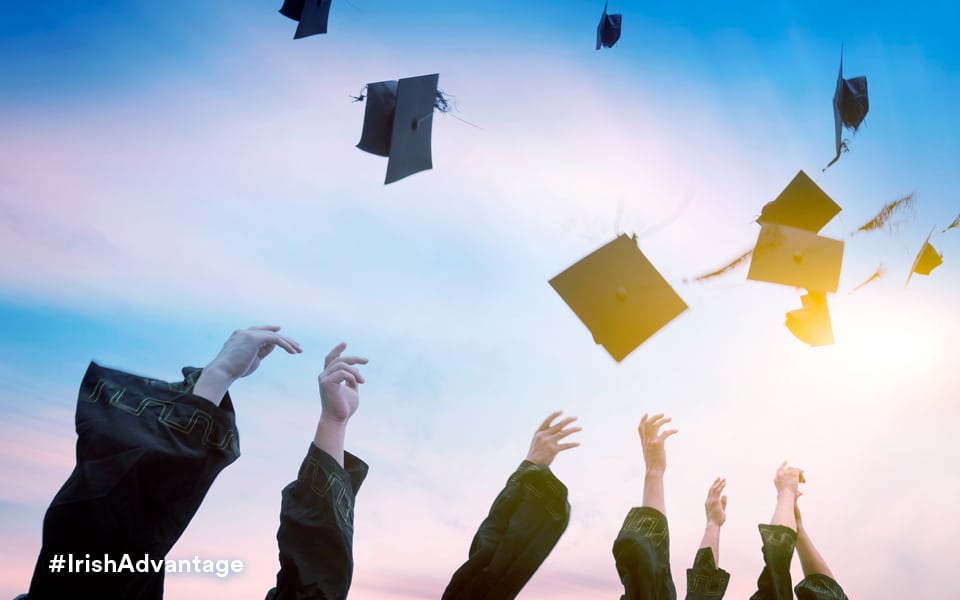 Ireland Ireland in the news News

Over the last 13 years, graduates from Ireland’s Trinity College Dublin (TCD) have founded more venture-backed companies than graduates from any other university – according to PitchBook’s Universities Report.

The PitchBook Universities Report is a “fresh compendium of the university programs that have produced the most founders in the venture landscape, ranking programs by their prolificacy across unicorns, female founders and more.”

Additionally, according to the report, TCD is the only European university in the top 50, ranking 46th, two places higher than its ranking in 2017. It is the fourth year in a row that TCD has been ranked first in Europe by the venture-focused research firm. This achievement clearly shows Ireland’s ongoing and confirmed international reputation for innovation and entrepreneurship, a clear advantage for international companies wishing to find Irish businesses to partner with.

“This rankings report is simple and quantitative. It is based on real numbers that can be drilled into and verified independently,” said John Whelan, ICT Commercialization Manager at TCD. “These hard facts and easy-to-understand figures put an Irish research institution as first in Europe for the fourth year in a row.”

Recent successes include Dr Nora Khaldi’s Nuritas company, an Enterprise Ireland High Potential Start-Up and client, which raised $20 million in Series A funding in March, bringing total investment to $30 million, including early-round funding from U2’s Bono and The Edge amongst others, and Intercom – which recently achieved unicorn status after being valued at $1.275 billion following a recent $125 million investment round. Other notables include AR/VR-focused Volograms, data specialist DataChemist, food redistribution charity FoodCloud, and Artomatix, a software solution for 3D artists, all of whom are also supported by Enterprise Ireland.

“The news today that Trinity is again Europe’s leading university for graduate entrepreneurship further supports these ambitions and our role as a global leader in enabling the best students to become the best entrepreneurs,” said Dr. Diarmuid O’Brien, Chief Innovation and Enterprise Officer at TCD.

To nurture this entrepreneurial spirit and initiative, Trinity College Dublin plans to build a new campus to foster entrepreneurship and innovation and hopes to be home to more than 400 startups.

“Trinity has placed innovation and entrepreneurship at the heart of its strategy,” said Dr. O’Brien. “From the development of plans for a new innovation campus at Grand Canal Quay, to the establishment of a University Bridge venture fund to enable investment in new start-up companies, to the creation of Tangent, Trinity’s ideas workspace to enable student and graduate entrepreneurship.”

The new billion-dollar campus will be based in what is soon to be known as the Grand Canal Innovation District, modeled after innovation districts in Cambridge Square in Boston and other cities. University College Dublin (UCD) has a similar space and innovation hub on campus – NovaUCD a “purpose-built, state-of-the-art incubation facility for knowledge-intensive companies.”

&Open: A high-tech platform for delivering a global, personal touch