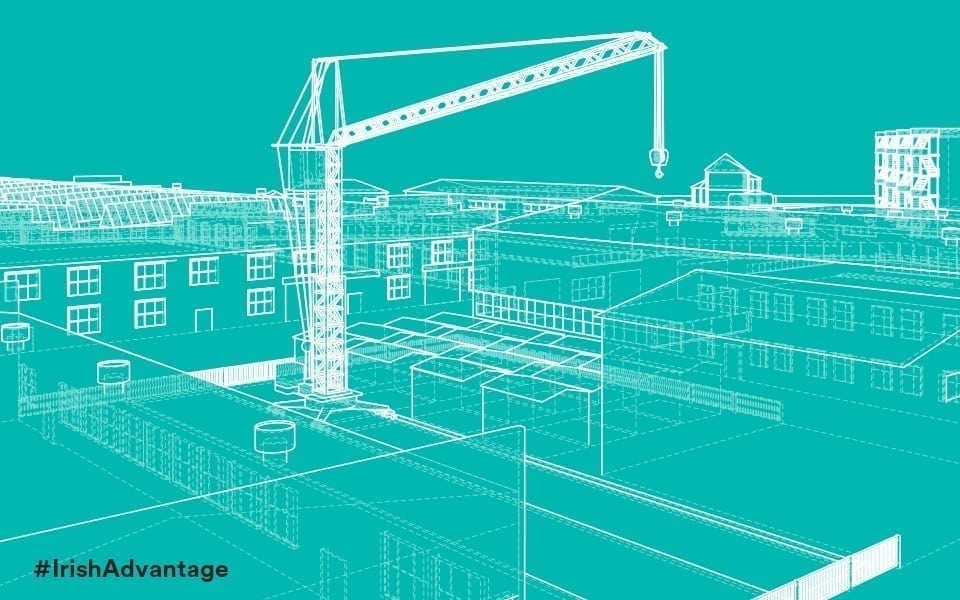 There is increasingly compelling evidence for the financial and economic benefits which Building Information Modelling (BIM) can deliver. According to the Royal Institution of Chartered Surveyors, the use of BIM on UK Government-funded projects has been reported to deliver savings in the region of £3 (€3.4) billion. Such benefits resulted in the British Government introducing a new policy requiring all construction firms bidding for central Government contracts to have Level 2 BIM status.

Such benefits are also in line with the findings of a 2016 report from the Boston Consulting Group, which found that full-scale digitalization of construction projects could lead to costs savings of 13-21% in the design, engineering and construction phase, and 10-17% in the operations phase.

The report, The Transformative Power of BIM, put these savings in context, noting that the construction and engineering sector is a cornerstone of the global economy, with annual revenues of nearly $10 (€8.6) trillion, or about 6% of worldwide GDP. The savings to be realized from digitalization could therefore amount to between $0.7 (€0.6) trillion and $1.2 (€1) trillion in the design, engineering and construction phases, and between $0.3 (€0.26) trillion and $0.5 (€0.4) trillion in the operations phase.

It is little wonder then that Ireland’s National BIM Council (NBC) has set ambitious targets for savings and efficiency gains to be realized through the wide-scale introduction of BIM in the country. These include a reduction in wasteful practices, bringing costs down by at least 20%, a 20% increase in construction exports as a result of enhanced productivity and knowledge leadership which will support the growth of digital construction across overseas markets, and a reduction in project delivery time by 20%.

These financial and other benefits are made possible by the many clear advantages offered by BIM over traditional construction methods. These start with the much greater degree of coordination supported by the technology. In the pre-BIM era, getting full overview of a project was nigh on impossible, with hundreds, if not thousands, of documents involved. BIM technology brings all of these together in a single view, enabling streamlined communications between the project team members and far more efficient delivery.

The benefits also include the ability to visualize sites with much greater accuracy. The combination of readily available and low-cost satellite imagery with technologies such as laser scanning as digital elevation offer designers a true 3D model of the terrain they are working with.

Possibly of greatest importance is the automated clash detection features of BIM software. Inappropriately placed electrical conduits or ventilation ducts are detected before they are put in position. This can greatly reduce costs and schedules in even the best-designed and managed projects. Furthermore, BIM also allows for much better fits between elements that are manufactured off-site.

Project sequencing is also made far easier to plan. BIM software allows for project animations, which can be used to help coordinate the various steps and processes involved, to ensure that contractors and suppliers arrive on site as and when they are needed.

The reduction of waste and duplication of effort is a further advantage. Designers and contractors work on a shared model, which contains more information than a standard individual drawing set, allowing each to share knowledge on the fly, thereby reducing rework. The shared database ensures that designs, drawings and bills of quantity are updated automatically as the project moves forward.

Another benefit is the ability to use the model to visualize various aspects of the project realistically, such as building energy performance, or even sunlight during different times of the day and year.

And that’s just the beginning, according to the NBC’s Roadmap to Digital Transition Report, which envisages planning decisions being made in days not months as a result of the use of open 3D format models validated by machines for compliance and shared with stakeholders to allow them to virtually experience proposals.

“The programming of tasks and trades can be recorded, analyzed and communicated at intricate levels of detail”, the report adds. “Complemented on site by complete and accurate information that resides in the hands of the right people when they need it. The result is that delivery programs for new buildings have been reduced by months and in some cases years. Schedules for the procurement, delivery and location of required materials, products and components sit on a series of connected mobile devices.”

The advantages extend far beyond the construction projects, with society benefiting as well. The NBC report notes that clients from both public and private sectors from Ireland and overseas and across all sectors are using information contained within the digital models of their built assets, not only to improve the performance of their buildings or infrastructure but also to improve the performance of their organizations.

On roads and railways, vehicles and passengers are experiencing fewer delays through the more precise programming of works and the incorporation of smart technologies into design models. Student performance is being improved through better teaching environments in schools, where the best designs are captured, transferred and repeated. In the healthcare sector, better patient outcomes can be achieved by integrating sensor data into buildings.

With benefits like these the case for the wide-scale introduction of BIM is convincing – increased profitability and efficiency for the industry, lower cost and faster project schedules for clients, and a better built environment for society.

VP for Construction Products and Services in the US

How Irish multinational firm Linesight grew to deliver $5.5 billion worth of Construction projects in the US