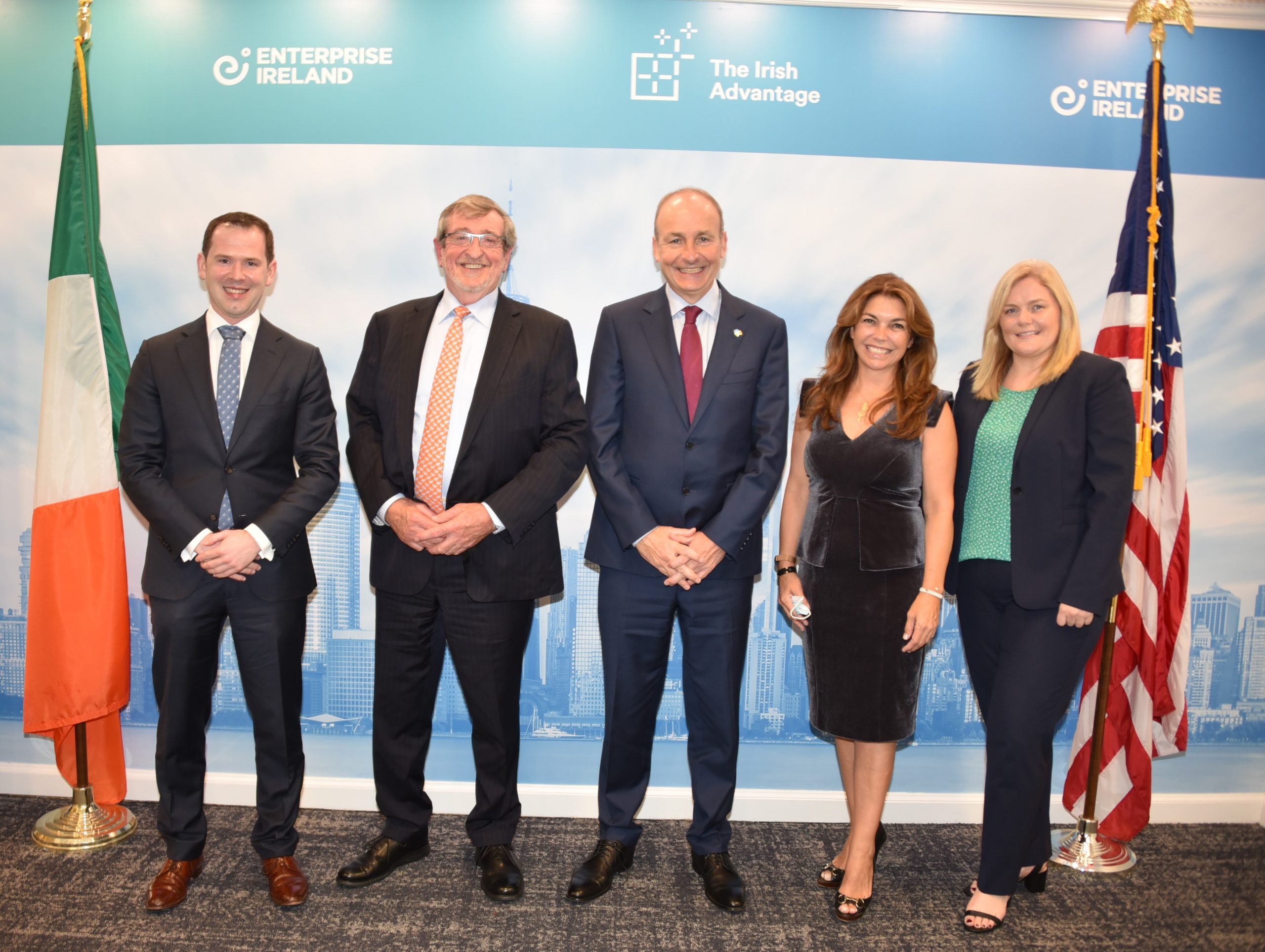 Taoiseach Michael Martin traveled to New York for five days during the week of September 20th-25th to take part in a series of engagements with Enterprise Ireland and the United Nations General Assembly among others.

On the second day of his trip, the Taoiseach met with the Head of US Life Sciences at Enterprise Ireland, David Corcoran as well as Michael Dowling, President and CEO,  Elaine Brennan, Director and Chief Commercialization Officer, Jennifer Scanlon, Assistant Vice President of Strategic Partnerships at Northwell Health. This meeting involved the discussion of the longstanding partnership between the 2 companies. This partnership has allowed Irish companies to engage with clinicians and key decision-makers in one of the largest healthcare networks in the United States.

During the trip to New York, the Taoiseach also chaired meetings of the United Nations General Assembly. His address to the UNGA centered around the immediate action needed regarding climate change and its impact on global security. Martin urged those present to move forward in the fight against climate change in order to avoid future potential global conflicts. Martin stated; “One senses that given recent extreme weather events, there is a growing momentum to doing better than we have been on the climate change issue,”

Martin also shared Ireland’s plan for 1.3 million Covid-19 vaccine dose donations to be given to COVAX by the end of 2021 with the UNGA. These donations will help less developed countries in their fight against the Covid-19 virus. The implementation of this plan has led to Ireland moving from having the worst COVID outbreak in the world to being the most resilient nation against the Delta variant within one year.

The Taoiseach’s trip during the week of Sep. 20th- 25th involved many engagements and interactions integral in the continuation of the longstanding and highly valuable relationship between Irish companies and the U.S. In addition to the Taoiseach’s engagements with Enterprise Ireland and the UNGA, he visited the 9/11 memorial site and paid tribute to the 6 Irish-born victims of the attacks by laying a white rose at the inscriptions of each of their names at the memorial site.

The longstanding relationship between Ireland and the U.S. continues to be highly valuable for both countries with the exchange of technological innovations, career opportunities, and sustainable solutions to global issues. This partnership could not be more evident than through the numbers. As a result, Ireland, a country with 15% the population of the United States, is the 9th highest contributor to Foreign Direct Investment in the United States. Irish investment in the United States is now at $240.1 billion, showing consistent growth over the past 3 years, including during the pandemic, increasing by .4% from the 2020 report.

How Irish MedTech is Progressing Safely