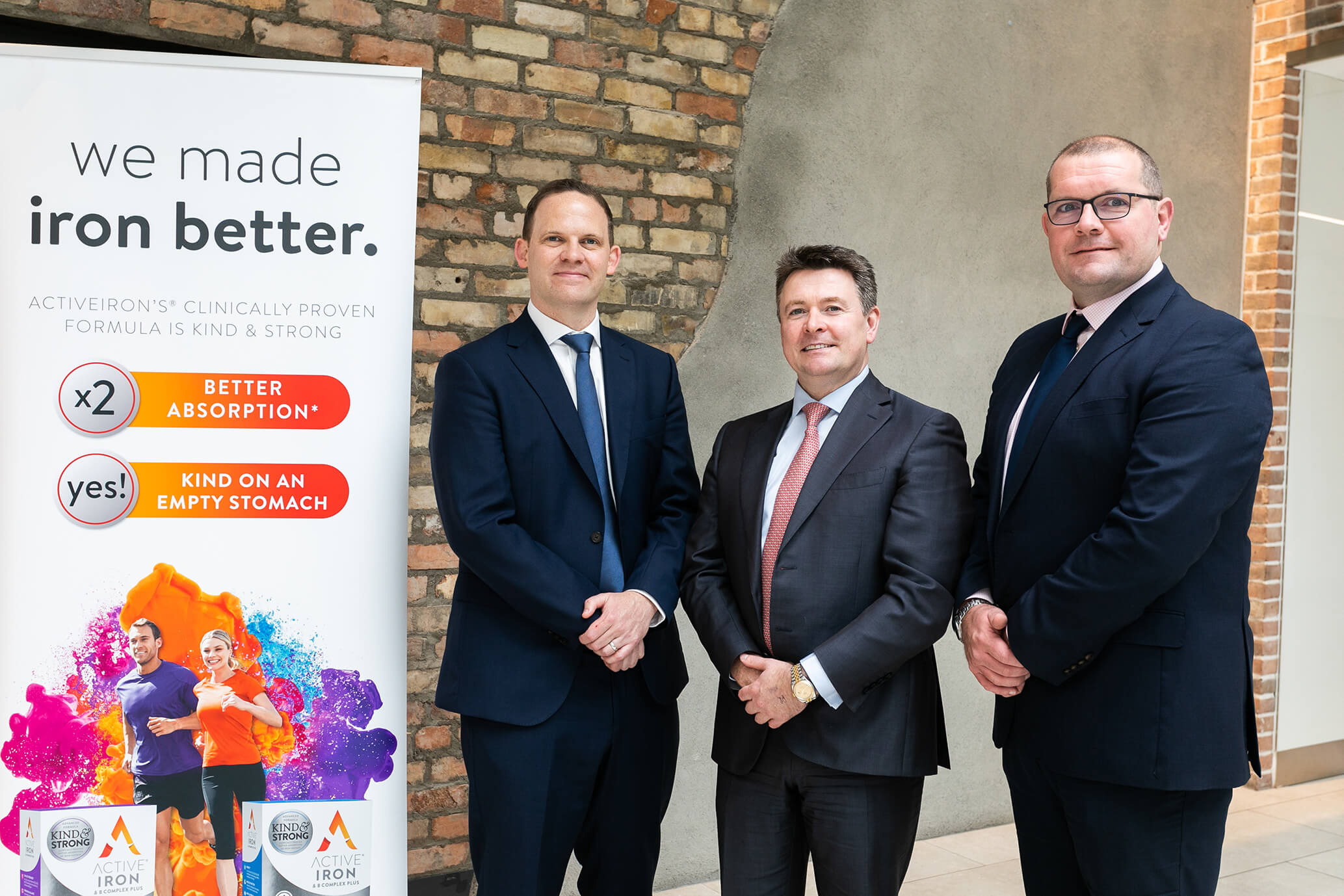 One of the biggest issues in the healthcare industry is the unwanted side effects that can come with the use of common medicines. Striving to minimize – or indeed, eliminate – these side effects is an ongoing battle in the research field. One Irish company, Solvotrin Therapeutics, is leading the way in the area, having taken on the daunting task of improving the tolerance and effectiveness of two of the most common drugs worldwide: iron and aspirin. With the worldwide iron industry alone worth an estimated €10 billion, this is an ambitious move for the company.

Established businessman Pat O’Flynn partnered with Trinity College Dublin researchers, led by company co-founder Professor John Gilmer, to take on the task of improving the drugs and eventually bringing them to market: “I was introduced to Professor Gilmer through Enterprise Ireland [the trade and innovation agency]’s Business Partners Programme, which identifies advanced research projects with the potential to be commercialized. I have a background in the pharmaceutical industry and know what they are looking for, and so I was interested in the concept of taking established products and making them better, reducing their side-effect profile and ensuring a new patent position.”

So Solvotrin Therapeutics was born. “The two most common products in the world are iron and aspirin, and from an early stage, we tried to eliminate their nasty side effects and make them better,” explains Pat. “Our  aspirin-based portfolio is in our pipeline, while our iron product range is currently on the market.”

In 2018, ActiveIron was launched into the UK and Ireland under an exclusive one-year deal with Boots, in addition to achieving full distribution in the wider Boots, Lloyds, McCabes, Holland & Barrett, and Sam McCauleys chains, and presences in independent pharmacies.

“The problem with conventional oral iron is that it is very poorly absorbed and it causes gut inflammation or oxidative stress, which leads to the onset of constipation and diarrhea,” Pat explains. “This can cause a lot of people to stop taking iron, thus further depleting their iron stores and eventually getting very sick and having to be hospitalized for injectable forms of iron. There really haven’t been any advances in oral iron other than using gentler forms of iron, but the compromise there is very poor absorption and the individual rarely reaches their desired outcome. Active Iron, on the other hand, is both kind and strong.

ActiveIron is clinically proven to be better absorbed than the gold standard ferrous sulfate. At the same time, the patent-protected technology avoids the iron-related oxidative stress and damage in gut cells caused by ferrous sulfate. Iron deficiency is a worldwide issue, and not surprisingly, the international healthcare industry quickly sat up and took notice of Cork-based Solvotrin Therapeutics.

First to seize on ActiveIron’s benefits was pharmacy chain Boots. “I went to Boots with a vial of powder and explained the benefits of ActiveIron,” says Pat. “They were immediately interested and started us through their PML (Pharmacy Medical-Legal) program, which took a few months to go through but we emerged with a “market-ready box” afterward. We launched in 2017 in their flagship stores. Prior to that, the team was more research and regulatory focused; we then had to recruit experienced market entry and commercial team leads.”

There are currently four products in the range, ActiveIron (the base product), ActiveIron for Women, ActiveIron for Men, and new this year Active Iron for Pregnancy, with a further three products on the way. For now, however, it’s about taking the product worldwide.

“We have a clear market plan,” says Pat. “We want to be able to have our direct markets within Ireland and the UK. We have specific targets in European markets, where we will go directly via distributors; we just launched in the Germany and Benelux market in June.”

The product has also launched in New Zealand, Malta, US and most recently, China, where the company has signed a 20-year exclusive licensing and distribution agreement for China with leading pharmaceutical and healthcare group Fosun Pharma. The deal gives the company access to over 300,000 pharmacies in China, a leading e-pharmacy channel and the support of a network of medical reps.

This is huge growth for the ambitious company, and Pat explains a crucial part of international success is understanding the differences in every market. “The product has to be registered in each country, and this takes time. Every market is different too; for instance, in the UK, Boots dominates the market with a 30% share, but in Germany there’s legislation that you can’t own more than about four pharmacies.

“Our product also needs the ability to educate the healthcare professional, so choosing the right distributor is crucial. We need to talk to a wide range of professionals, from nutritionists to women’s health specialists to consultants, doctors, and nurses, and we need distributors that understand that.”

The future looks bright for ActiveIron, with several new products on the way, including a high-potency version for use in hospitals and a children’s product. “We’re also in a strong position in the US; we’re currently online there and we’re seeing some strong sales. We’re assessing opportunities for our hospital iron product there, in advance of us going into mainstream US.”

Solvotrin Therapeutics is also focused on research, most notably into a new version of their aspirin portfolio and have a specific interest and expertise in rare cancers, as Pat explains: “We are at an advanced stage of development with our lead candidates and are very encouraged with our results to date.”

Building Partnerships for a Resilient, Transparent Healthcare Supply Chain Network Between North America, Ireland and Beyond