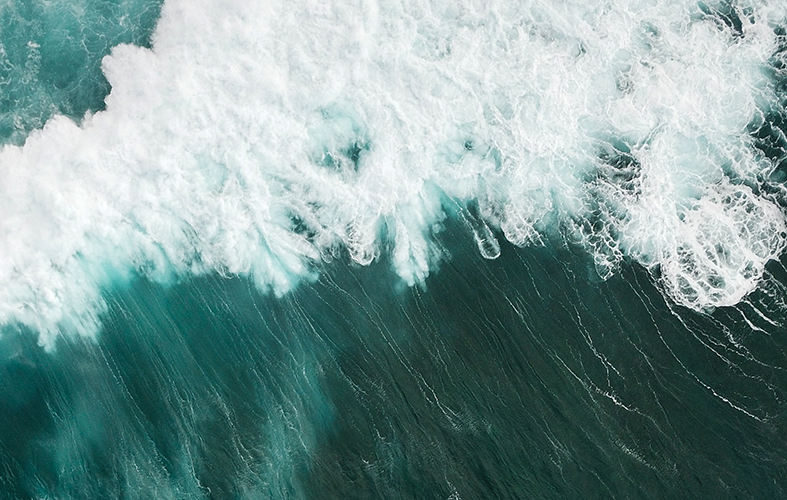 In an effort to increase sustainability, we are adopting more renewable sources of energy. Wind and solar are growing quickly, but OceanEnergy believe the most valuable and persistent renewable resource has yet to be fully realized: wave energy. 50% of the world’s population live on coastlines. As the power grid necessarily goes green, demand for new sources will soar. OceanEnergy predicts that the natural energy of the world’s oceans will one day supply much of the grid. Until then, other Blue Economy markets such as the Data Centre, Desalination, Hydrogen production, and Aquaculture industries will be tapping ocean energy. These off-grid applications serve to push the boundaries of marine technology, helping providers like OceanEnergy gather the data they need to optimize their product. A green future is one where ocean energy makes the leap to large-scale production and commercial application. Given the EU installed capacity targets for ocean energy of 100 MW by 2025, 1,000 MW by 2030, and 40,000 MW by 2050, OceanEnergy says it’s only a matter of time.

How OceanEnergy are Creating a Greener Future

OceanEnergy is a technology company that has developed the world’s largest capacity floating wave energy device. Their invention captures and converts wave energy into power. Floating on the ocean’s surface, the device extracts power from the motion of the water and turns that power into electrical energy. This energy can be sent back to the grid or used in other applications. Each device produces enough electricity to power 1,000 homes. OceanEnergy will develop multiple device 100MW wave energy “farms”, across two square kilometers of open water, producing low-cost energy for 50,000 homes in a compact space.

The OceanEnergy device is straightforward, containing only one moving part, which makes it easy to maintain in the marine environment. Since the device floats and all the equipment is contained in a dry environment, divers aren’t required for servicing or recovery and, unlike most other wave energy devices, the device features significant onboard storage. This storage is critical in many markets and allows OceanEnergy to provide power for multiple applications such as the Data Centre, Desalination, Hydrogen production, and Aquaculture industries. Despite being in the sea, this incredible technology produces energy safely, sustainability, and economically.

Bringing a Green Future into the Present

OceanEnergy has been awarded over $11.5 million by the US Department of Energy and is partnering with the US Navy to launch the world’s largest grid-connected offshore wave energy device in Hawaii. The project is the culmination of over $25m of investment. OceanEnergy has partnered with the US government to optimize the technology – testing and identifying ways in which the form and function of their device can be improved.

Renewable energy is vital for reaching net-zero greenhouse gas emissions by 2050 (the EU target). Wind and solar power usage have been increasing globally but these power sources are not reliable or constant — wave energy is persistent and predictable. So renewable energy sources must be mixed. OceanEnergy says expanding the renewable energy mix is key to a global sustainable future and they will continue to innovate as they participate in this important process.

HANLEY ENERGY: A Vision for a Green Future