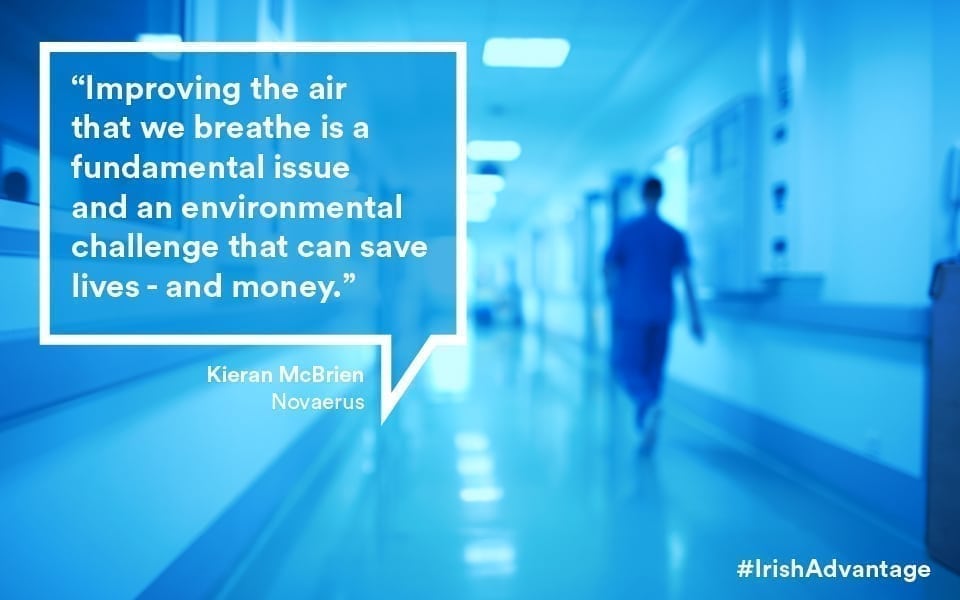 The average human today spends a huge 80- to 95-percent of their time indoors. We have become an indoor generation and, for the most part, the air that we breathe is also indoor air.

What’s wrong with that? There is a good reason that children are often told to go out and ‘get some fresh air’. Indoor air is not very good for you. In fact, it can be up to 10 times more polluted than outside air.

That should be no surprise. Humans shed bacteria-laden skin cells at a rate of thousands per hour, generating billions of microorganisms every minute of every day.

For humans who spend most of their time indoors – especially vulnerable populations like children, the elderly, and the sick – particulate matter and contaminants in indoor air can exacerbate asthma, allergies, and chronic diseases, and directly lead to viral and bacterial infections.

Take hospitals, for examples. An estimated 1 in 10 patients pick up a healthcare-acquired infection (HAI) while they are in the hospital, largely because of the bacteria and viruses carried on air currents. These bacteria and viruses can transmit infection via the air or they can fall on to instruments or surfaces to contaminate hands. In Europe alone, HAIs lead to 16 million additional days in the hospital and almost $8 billion in direct costs.

The answer, of course, is to remove as much bad stuff from the air as possible, which is exactly what Irish technology specialist Novaerus is doing.

The machines, designed for continuous operation, use a proprietary, ultra-low-energy plasma technology that discharges electrons and ions which destroy airborne nasties: pollutants and micro-organisms that damage human health and lead to problems like infection, allergies, asthma, and irritation. Their newest product, the Defend 1050, adds a robust filter system to trap even the most microscopic particles.

“It’s only recently that we’ve become aware that the quality of our indoor air is not as good as we thought, and is contributing to poor health and infection,” says Kieran McBrien of Novaerus. “It’s an easy problem to ignore – current hygiene standards do not apply to air quality so businesses – even businesses that care for vulnerable or sick people – don’t have to do anything about the quality of their air.

“But you ignore the problem at your peril,” he says. “It’s not only patients in hospitals or students in schools who suffer from poor air quality, it’s the people who work there too. If the air in the building is making people sick, that’s going to affect productivity, morale, staff turnover, and ultimately, the bottom line.”

More and more companies around the world are waking up to this fact. This year alone, global sales of Novaerus products are expected to grow by as much as 50-percent, with the technology having gained traction in markets including the US, Africa, Eastern Europe, and Asia.

“The US elderly care sector was our first port of call, and we now have a significant number of installations that are helping to reduce the instance of respiratory illnesses and other airborne issues,” says McBrien, the company’s Senior Vice President for International Business Development. “We’re also branching out through hygiene programs in schools, where research has shown that better air quality leads to better performance and reduced absenteeism – among teachers as well as students.”

“The technology has been very well received in developing markets,” he adds. “Think of a huge hospital in India or Africa, where you have a massive reception area and hundreds of people coming and going, spending several hours in close proximity, many of whom might be carrying serious bugs and viruses. Our machines can be deployed to protect visitors, patients and of course the staff who are needed every day.”

In South Korea, an impressive 80-percent of all ambulance rescue vehicles now carry Novaerus technology while in Hungary, the Irish company is currently installing no less than 1,000 units into hospitals, which will be the basis for an almost country-wide research program.

Of course, scientific evidence is key to winning hearts and minds in this business. Novaerus was sought out by the renowned Karolinska Institute in Sweden to conduct a joint research project into the effects of plasma technology on reducing surgical site infections.

“Very exciting but I don’t want to say too much,” laughs McBrien. “It was a big honor to be singled out by Karolinska. They are one of the best medical universities in the world and are responsible for awarding the annual Nobel prize in medicine. We’ve got our fingers crossed.”

Luck is unlikely to play a part in this success story. Innovation is the driving force at Novaerus’s state-of-the-art Dublin facility, with all products 100% manufactured in Ireland.

The company has a global network of distributors – developed with the help of Enterprise Ireland, the national export agency – and aims to break further into markets including Scandinavia, China, Japan, Germany, and India over the coming years.

“Air quality is something we used to take for granted,” says Kieran McBrien. “That’s not the case anymore. Improving the air that we breathe is a fundamental issue and an environmental challenge that can save lives – and money.”