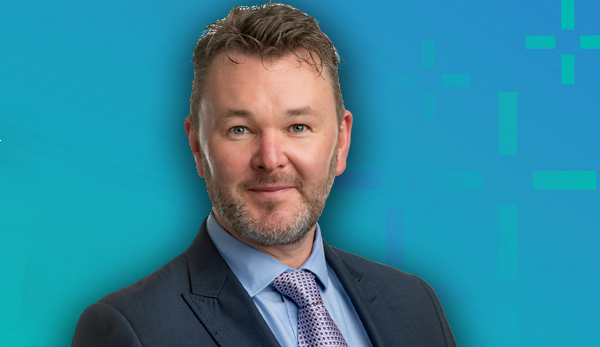 Kastus ready to coat the world

In a major development in the fight against the spread of Covid-19, an antimicrobial coating developed by surface innovations company Kastus has proven effective against the new coronavirus.

The game-changing results come after stringent and independent testing undertaken over the past month by an Industry-leading testing laboratory in the USA.

Irish company Kastus, which is supported by Enterprise Ireland, is a spin-out from Technological University Dublin.

It has pioneered the development of antimicrobial coatings that are applied during the manufacturing process for use across a number of surfaces, including glass, ceramic tiles, and touch screen devices such as smartphones, tablets, and kiosks.

It’s a major development for the company which has clients across North America, Europe, and Asia Pacific. These include Zagg, a leading US producer of screen protectors for tablets and smartphones, and Oman based tile company Al Maha Ceramics, which sells in countries across Asia and Africa.

For Kastus founder and CEO John Browne, news of the test results came as a delight but not a surprise. Management fully anticipated that the company’s unique coating technology had precisely the properties needed to fight the new virus.

Browne, who has many years’ experience working with smart glazing solutions, was first introduced to the groundbreaking technology when it was emerging out of Ireland’s third level sector a number of years ago, by Enterprise Ireland.

Straight away he could see the potential for antimicrobial surface coatings. “It was very early stage at the time but it caught my interest,” he says.

At the time, almost a decade ago, touch screen technology had yet to proliferate.

“Kiosks weren’t really around at the time so there was no real awareness of the problems associated with germs on high touch surfaces. When I spoke about the value of antimicrobial glass, people thought I was nuts. But I could see the way the world was progressing with a clear move towards touch screen,” says Browne.

From ordering meals in fast-food restaurants to checking in for flights at airports to employees managing inventory in factories via handheld devices, the drive towards automation was a drive towards touch screen technology.

“Lots of manufacturing companies were investing in screen technologies but no thought was being given to the fact that these high touch surfaces are never really sanitized. At best they may be ‘cleaned’ with a wet cloth which really only succeeds in spreading a virus.”

Uniquely, the coatings created via Kastus’ patented technology use ambient moisture and light as a fuel source to generate oxygen radicals, a type of unstable molecule that contains oxygen, which attach to bacteria and viruses and works to kill them.

“When asked to explain how our technology works, I tend to try to visualize that at a very tiny level the surface is fizzing, using an infinite fuel source which means that it is always on, always working,” says Browne.

The coating is factory-applied. It is sprayed on and sintered into product during the manufacturing process forming an extremely durable immobilized thin film.

Kastus has invested more than €1 million in worldwide patent protection for the technology. “We decided on an aggressive IP strategy from an early stage, that can be a difficult spend to justify at the startup stage and I questioned my sanity in doing so when I couldn’t pay myself,” he recalls.

Now they are very glad he did. Since the news was announced, at the end of April 2020, Kastus’ inbound enquiry level has gone “through the roof”, he says.

The company has always targeted global brands and multinational companies. The challenge in doing so was that such companies “tend to champion and favor technologies they develop in-house, versus those that come from startups,” he explains.

“They tend to look under the bonnet and then sit back to see if the company falls over, or for a need for it to arrive. Well, that penny has dropped,” he says.

The company is already working with floor tile makers for tiles designed for use in residential, commercial, and healthcare settings. By their nature floor tiles are receptacles of dirt, says Browne, who predicts Kastus’ technology will in time become mandated as a standard finish under national building regulations.

Despite the scale of the pandemic the company is well positioned to ramp up production to meet demand.

“Though the chemistry is complex, the product has been developed to be produced at scale. Our RD&I team lead by Dr. James Kennedy have worked hard to develop a manufacturing process that’s able to meet serious demand volume as it comes.”

There is no real competition in its space. “There are some products on the market that make antimicrobial claims such as robots with UV lamps, or bleach sprays, but our solution is unique in that it is permanent, effective and doesn’t leach into the environment.”

Browne first heard about the likely impact of the novel coronavirus while meeting Chinese and Taiwanese contacts at CES, the international electronics show, in Las Vegas in January 2020.

“It was then that we planned the testing and validation process.  Our coating is designed to kill superbugs such as e.coli and MRSA but we had a strong degree of confidence that it would work against coronavirus too, and it does.”

The company has two revenue models, IP licensing, and direct sales of its chemical solution. The aim now is to get it out into the field, helping to protect people from the spread of the virus.

The company, which has raised €6 million to date, is currently targeting its Series B funding round and plans to more than double its workforce in the coming months. “The past few weeks have been crazy and it’s going to be a challenging few months ahead but it’s a challenge we are all up for,” says Browne.

“We are very conscious that there is a tragic human cost, as well as an economic cost, to the pandemic. It’s nice to be part of a ‘good news’ story right now.”