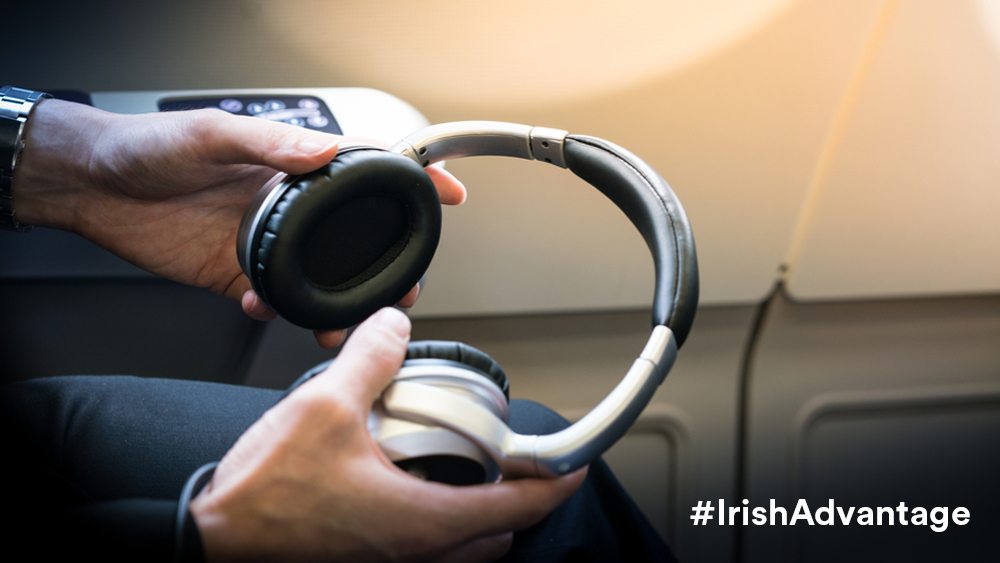 Today, Inflight Dublin has 43 customers in 36 countries, including Ireland, Vietnam, Nigeria, Germany, Kenya, the US, Denmark, and Saudi Arabia. The company has 70 staff and is represented in five countries around the world.

The Forefront of a Changing Business

Innovation has been at the heart of this impressive growth story, according to Inflight Dublin CEO, John White.

“The company was founded by two entrepreneurs, Damian Fannin and Jerry Hughes”, said White. “They were involved in music production at the time and were approached by Aer Lingus to provide content for a new audio entertainment system it was installing in its long-haul fleet. Their Aer Lingus contact also had a contact in Iberia, which led to a contract there. And the business grew from that point.”

In the 1990s, video became the new standard for in-flight entertainment and the company’s ability to adapt to new technology allowed it to move into that area swiftly.

“That’s when it changed its name to Inflight Dublin from Inflight Audio, to reflect the changed nature of the business”, added White.

White joined the company in 2009 following a recommendation from Enterprise Ireland, the national export agency, for the company to strengthen its management team.

“The opportunity came to buy out the company in 2012. I did that with a private equity partner and we exited from that in 2016”, said White. “Our main service is still content provision. We acquire content on behalf of airlines from Hollywood, Bollywood, Nollywood, European and Arabic cinema. We also acquire TV series from around the world. We compile and edit the content to meet the system specs on the aircraft. We also do safety videos and ads for in-flight shopping.”

Three years ago, the company started to develop software to stream content to passengers’ own devices. This represents a major growth area, as it expands the potential market for the company’s services from long-haul jets to aircraft of almost any size.

“Our traditional focus was long-haul aircraft with screens built into seatbacks”, said White. “With wireless connectivity, we can put a small server on a plane with wireless access ports, and stream content to more than 200 passenger devices. There are hundreds of airlines with no long-haul aircraft in their fleets and we are enabling them to offer in-flight entertainment to their passengers. We have developed new areas like onboard retail. Passengers can order and pay through their own devices. We also have partnerships with organizations such as TripAdvisor and Groupon to distribute deals, and we share revenue from those sales. Another service we offer allows passengers to book ground transportation tickets.”

“Enterprise Ireland has been supporting us for the past 15 years and has been particularly helpful in overseas markets,” said White. “They help set up meetings with airlines and other partners. It is very important to have a State body like Enterprise Ireland backing us. Many airlines are still State-owned and like to see that backing. Enterprise Ireland also supported us in the development of our software offering on the wireless side of the business.”

Looking ahead, White is targeting continued growth for both sides of the business.

“We see the content side growing steadily, but the wireless side has the potential to grow exponentially and we see it equaling, if not surpassing the profit level of the content side of our business within the next few years,” said White. “The wireless services give us direct access to the passenger spend and that will be a strong growth area for us. That’s our focus for the next three to five years.”