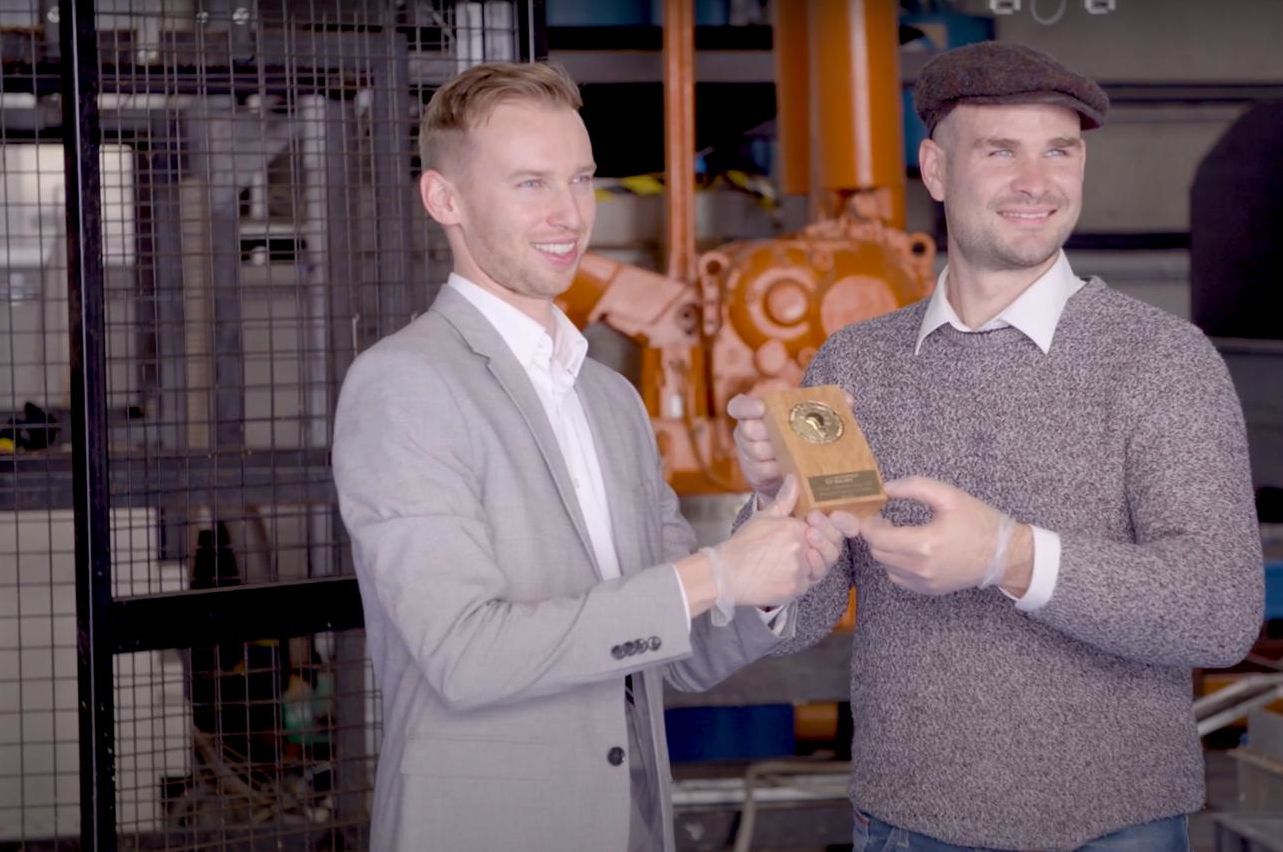 It may seem insignificant or even a nuisance, but the humble fly could be the key to the future of the planet.

This was the view held by Alvan Hunt and his business partner John Lynam when they set up their company, Hexafly, in 2016. And they are not alone, as insect farming has become a buzz word in scientific, environmental, agricultural, and economic circles.

Earlier this month, the Meath-based company was recognized at the 2020 Enterprise Ireland Innovation Arena Awards for its innovative solution to sustainable farming, recycling, and revalorizing waste streams to create sustainable, natural commodities.

“We are a biotech company involved in insect farming,” explains Alvan Hunt. “We take in the raw material bioproduct and use insects to upcycle that waste into valuable sustainable products such as organic fertiliser, high protein animal feed, sustainable insect oil and natural chicken feed.

Hunt and his business partner, who have known each other since their college days, wanted to become entrepreneurs and felt that the best way forward was one which was sustainable and had a low impact on the environment.

After doing some research, they discovered that one of the biggest problems predicted for the future is the demand for protein outweighing the supply. They believed that the current method of making animal feed from fish and soya is not sustainable, so turned their attention to insects, which are not only used in animal feed around the globe but in some countries are also used for human consumption.

“We started in a 2,000 square foot space near Kells and were on a few accelerator programmes while we perfected the technology and the procedure,” says the CEO. “We had decided to farm the black soldier fly as it is a remarkable insect with a quick life cycle, a very good amino acid profile and is highly nutritional and full of protein – so it has lots of functional health benefits to the animals who are eating it.

“We spent years working on this and perfecting the product before raising some investment loans, hiring some people, and moving to a 15,000 square foot factory where we now have 28 employees and millions and millions of flies.

“We are very passionate about what we do as we know our product really benefits farmers. And we have a wonderful agricultural industry here in Ireland but we are reliant on importing fertiliser and animal feed into the country so we want to be able to increase our production and supply the Irish market with these products and reduce the vulnerability which is currently there.”

The entire team at Hexafly was delighted with their recent accolade and Hunt says the products are going down very well in the agricultural world and they hope to expand their range in the near future.

“Having presented our business plan to the panel of judges at the 2020 Enterprise Ireland Innovation Arena Awards, we were honoured to be recognised with the Sustainable Agriculture Award,” he says. “We were all very happy with it and so far our products are being received very well too – everyone who has trialled the organic fertiliser has given us positive feedback and our Grubs for Hens are doing really well – we have also started selling them into the wild bird feed market.

“Our protein feeds and oils are going into the pet food market (mainly in the UK at the moment) and have been very well received. The benefits of these products to farmers are huge as the fertiliser is organic and better than any on the market while the meal is full of protein so is a superfood for animals. And everyone knows chickens go mental for live insects so our live grubs are very beneficial because they are rich in calcium which means a reduction in egg loss because there will be no more soft or cracked shells and the eggs also taste better.

“Our only issue at the moment is waiting on legislation to be able to sell the product as animal feed for poultry and swine here in Ireland as it is moving along in phases and hopefully by the end of next year that will be passed because it will be a huge market as studies have shown really substantial benefits to the immune health of the animal, even at low concentration.”

Like every other sector, insect farming has also been affected during the height of the Covid-19 outbreak, but the company is looking forward to the future, which they hope will continue to be bright.

“Just before lockdown, we were ramping out sales to garden centres and pet stores, but then there was a dip and overall productivity declined with the slowing down of the economy,” says Hunt. “It was difficult for a while and we had to stagger production staff with two separate teams working in shifts to reduce any chance of everyone getting sick at the same time. It was a challenge, but we adapted as best we could.

“In the past month or two, things have picked up again, so this is great. And we are able to start thinking about the future – there are targets we are close to achieving and there is a big pent up demand for our product so our next plan is to begin fundraising to try and move to a much bigger plant.

“We’ve received a lot of support over the past couple of years from Enterprise Ireland, who is an investor in the company, with different grants for business planning, sales, marketing, and mentoring. We have also received a grant to help us expand into new markets like the US.

“They have been a great support along our journey, and we are looking forward to seeing what the future will bring.”

KEENAN: A Vision for a Green Future