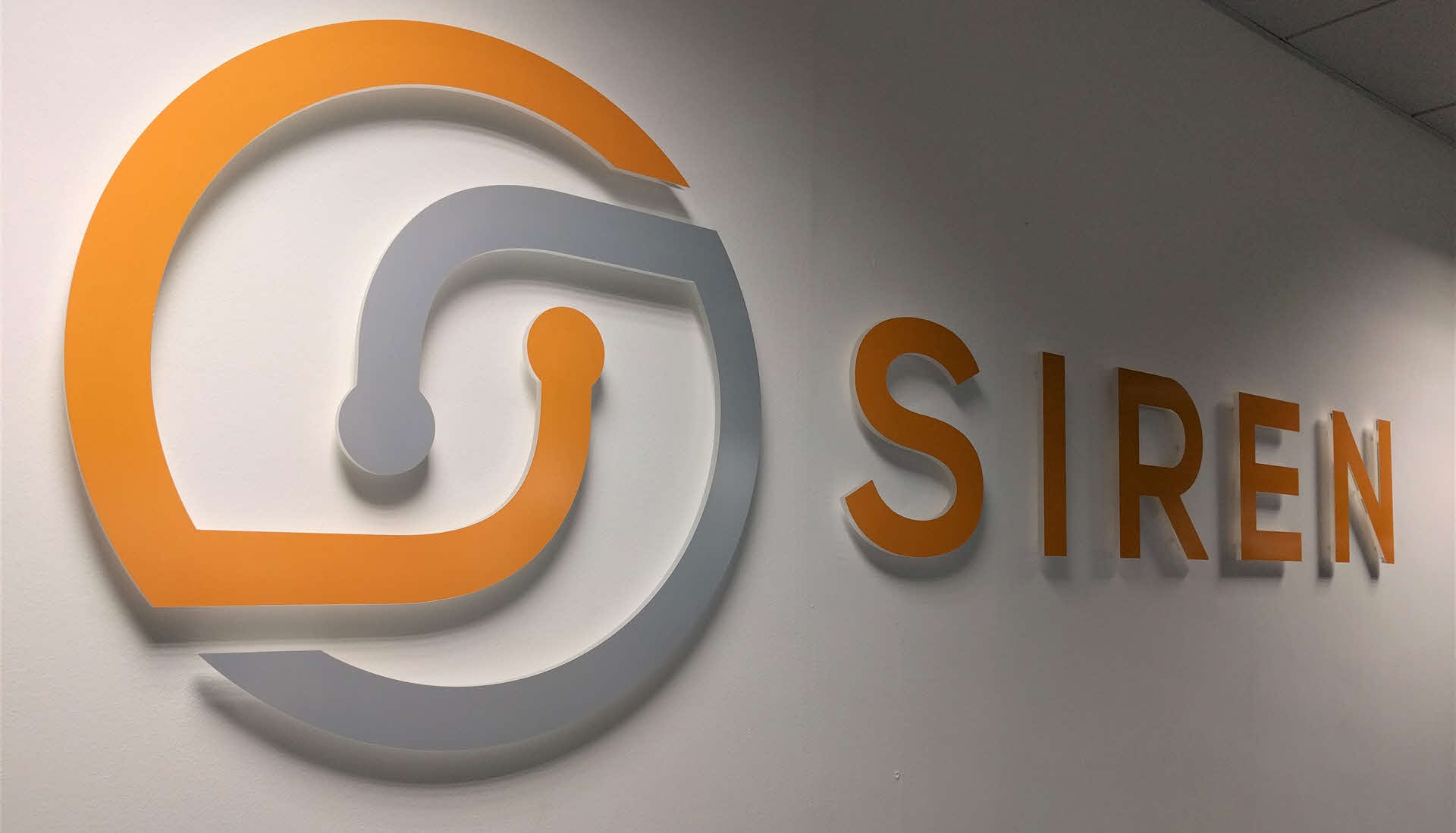 Galway-based Siren has developed a market-leading investigative intelligence technology that is shaping the future direction of law enforcement, cybersecurity, and financial fraud detection. The Siren platform enables large-scale interconnected data analysis in real-time at a scale that companies and government organizations require as they seek to deal with ever-more sophisticated fraudsters and cybercriminals.

The name Siren stands for semantic information retrieval, explains CEO John Randles. “The company spun out from NUI Galway,” he adds. “It was founded by Dr. Giovanni Tummarello and Dr. Renaud Delbru who had spent 10 years researching the semantic web and had thousands of academic citations between them.”

Put simply, the semantic web is a way in which data in web pages is structured and tagged in such a way that it can be read directly by computers.

Randles joined the company in 2017 having spent five years with Bloomberg and been involved in a number of fintech start-ups. “Siren wanted someone with a commercial background, so I joined as CEO and invested in the company,” he says.

The main applications for the technology are in the areas of law enforcement and intelligence, financial crime prevention and detection, cyber threat hunting, and life sciences, Randles adds.

“It’s about criminality and bad actors,” he says. “Looking for the bad guys who are trying to hide themselves. We are helping analysts solve the problem. We take four technologies usually deployed on their own – business intelligence (BI) dashboards, link analysis, content search, and operational monitoring – and put them together coherently for analysts. This changes how they solve problems and solve cases.”

Siren became a product company from 2016. “It was a consulting company before that,” says Randles. “We raised about $14 million in venture capital from Atlantic Bridge, Frontline Ventures, DVI Equity Partners, and others.”

Business has grown strongly since. “Revenues are up over 3X and bookings are up 5X in the last 12 months compared to the 12 months prior. We have our headquarters in Galway and now have offices in Dublin, Cambridge, Bordeaux, and Trento in Northern Italy. We also have a presence in Philadelphia and Washington DC and have just under 50 employees. Our market spread is global, and we have partners in the US, Brazil, Mexico, the Middle East, France, The Netherlands, Malaysia, Indonesia, and Korea.”

Growth prospects remain very exciting, according to Randles. “We have established a global distribution network. Some of our partners are quite mature and some are at the early stages of development. Some are specialists in law enforcement, some in the cyber area, and some in other areas. We look for partners with strong domain expertise in one of our key market areas and good connections into their local markets. Most have very good clearance from a security point of view. Very often, smaller vendors are very focused and very well trusted. We work with the big players as well, including PwC and its fraud and investigations practice in the US.”

Covid-19 has had an impact on the company, but in different ways, with demand for Siren’s platform growing of late. “Initially we were helping customers with contact tracing, but in the middle of the year things slowed down as people paused to make up their minds on what they were going to do. Security issues have come to the fore since then, as cyber threats have increased during the pandemic. Hacking attempts against Italian hospitals increased during the crisis, for example, as they were seen as being vulnerable. Organizations need to make better use of data in defending against cyberthreats.”

Further validation for the company and its technology has come from Garter, which named Siren a 2020 ‘Cool Vendor’ in its Analytics and Data Science Report published earlier this year. In addition, Elastic, the company behind Elasticsearch, the open-source search and analytics engine for all types of data, is actively promoting Siren to its customer base due to an OEM deal between both companies.

“Elastic is a new breed of search database company, has a $10 billion market capitalization and its endorsement and validation is very important to us,” Randles adds.

Future growth and success will be firmly rooted in continued investment in research and development. “The reason I got involved and interested in Siren was the depth of the intellectual property coming out of the university into the company,” Randles explains. “We continue to invest in more research than most companies our size normally would. We have four patents pending and are involved in a number of EU research projects.”