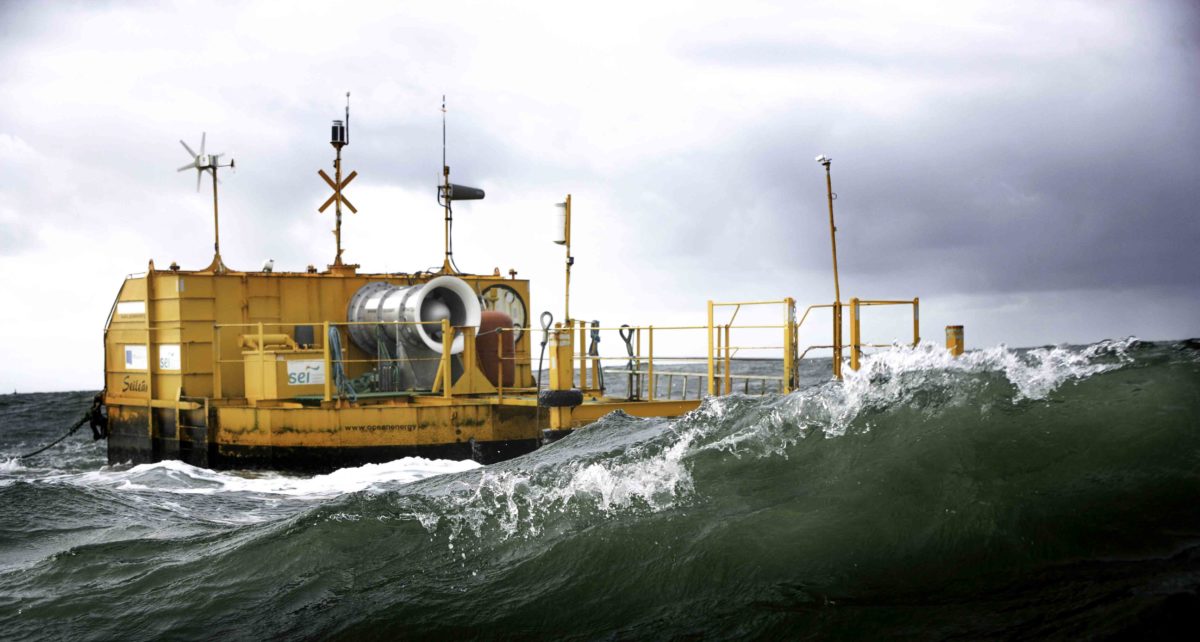 Irish marine innovation combined with US engineering is taking shape in an Oregon shipyard, where shipbuilder Vigor is constructing a marine hydrokinetic converter called the OE Buoy for US and Irish based wave-power pioneer Ocean Energy.

When completed in spring 2019, the wave device – with dimensions of 125 feet long, 68 feet tall, and 59 feet wide – will be towed to the U.S. Navy Wave Energy Test Site on the windward coast of O’ahu, Hawaii. This private sector project is supported by the United States and Irish governments and their agencies as part of an agreement committing both governments to collaborate on marine hydrokinetic technologies.

“The partnership between Vigor and Ocean Energy exemplifies the partnership between Irish innovation and American business to create opportunities, investment, and jobs on both coasts,” said Sean Davis, Regional Director, North America for Enterprise Ireland. “This project has the added potential of powering entrepreneurship and innovation in new realms and also supporting sustainability.”

The OE Buoy has a potential rated capacity of up to 1.25 MW in electrical power production giving it the ability to support a range of exciting uses including marine-based data centers, offshore fish farming, desalination plants, naval drone power platforms and utility-quality electricity supply.

One of the innovative technologies that can benefit from wave energy is the advancement of underwater data centers. Major technology companies are experimenting with wave energy to determine if the ocean can facilitate energy savings by cooling these data centers in the sea. Today, major providers try to move data centers to cooler countries to save on energy costs.

Emerging industries such as offshore aquaculture could also benefit from wave energy as they require power at remote locations offshore. Additionally, with safe drinking water shortages plaguing areas around the world wave energy could potentially provide a more cost-effective solution to desalination. Today, only 1% of the world’s population is dependent on desalinated water to meet daily needs but it is expected that in less than ten years as much as 15% of the world population will encounter water shortages.

Ocean Energy USA LLC is a wholly owned subsidiary of the Ocean Energy Group and is actively pursuing opportunities in the US market. Marine renewables represent a market space that is relatively small at present but is expected to grow rapidly over the coming decade. The opportunity for marine energy is that it can meet a significant percentage of global energy demand. In the United States, the technical potential of wave energy, for example, could meet roughly 15% of electricity needs, which would represent a market of over $50 billion a year in electricity sales alone. Globally, wave power could meet up to 10%of electric energy needs.