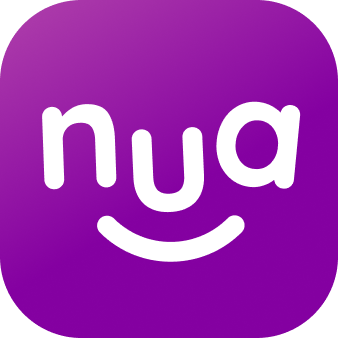 Nualang™, a Learning Management System (LMS) from Fathom, an innovative software solutions and platforms creator, has released a new, ready-to-use classroom package specifically for grades 6-12 language teachers. Enterprise Ireland proudly supported Nualang in launching the platform within the United States for the 2021-2022 academic year to help fill the gap in remote language learning of conversation skills. Nualang uses AI to advance its mission to enable unprecedented communication, conversation, and pronouncement practice for students — all guided by the teacher.

“We know that when students are learning a language, they have to speak it, and there are many barriers that interfere, such as nuances in pronunciation and confidence in speaking to native speakers. That’s where Nualang comes in,” said Nualang CEO Greg Cawley. “We’re excited to share the next generation of Nualang and provide students with what they need to truly succeed,”

Nualang was developed to address a critical difficulty for students learning a new language — success with real-world conversation and pronunciation. Firsthand experience for Stephen Kelly, Nualang’s creator, provided the impetus. Kelly explained that despite language class and the availability of numerous world language programs and apps, he felt unprepared for high-stakes oral language exams in school and basic conversation skills while traveling. He began to design the program when he saw new technologies that could dramatically improve the communications and conversation aspects of language learning.

In early 2021, Enterprise Ireland’s support with the US launch lead to partnerships with schools throughout the country and 1,000 teachers and students from the US, Ireland, the UK, Germany, Australia, France, Italy, Spain, and Mexico taking part in the pilot program. Ireland is the ninth-largest source of foreign direct investment in the United States, valued at over $225 billion, and providing employment in all 50 states.

“With remote learning becoming more accessible, connecting people through language has never been more important,” said Sophie O’Donnell, Trade Development Executive at Enterprise Ireland. “Enterprise Ireland is proud to support Fathom’s expansion throughout the United States, helping students enhance their foreign language and ESL skills. Nualang exemplifies the innovation of Irish companies such as Fathom that are building on that Irish impact in the United States by applying their expertise in the field of digital technologies such as AI to address and solve real-world problems with great effect.”

Since launching, Nualang™ has become a hub for world language teachers looking to customize and share lessons and currently offers programs for Spanish, English, French, German, Italian and Portuguese, with more to come. Teachers can easily create relevant translations, listening and pronunciation exercises, plus digital roleplays and chatbot interactions.

The program applies chatbots and machine learning to support interactive conversations and the best technologies for translation and pronunciation to augment language learning. What’s clear is that educators particularly like the platform’s unique speech recognition feature and being able to create fun and effective exercises for students. Students like setting up their avatars, hearing different voice recordings for pronunciation, and interacting with the program’s chatbot, Nualas.

Nualang is at the center of a thriving community for world language educators where they can create, customize and share lessons. Additionally, Nualang enables teachers to design complete courses or discrete exercises customized to their students’ needs. With its unique communications practice, the platform advances language proficiency and prepares students for Language AP tests and Oral Language Exams.

To learn more or to sign up for a free trial or request a live demonstration, all world language educators and tutors are invited to visit Nualang.com

How Irish firms are helping shape the future of Education Technology