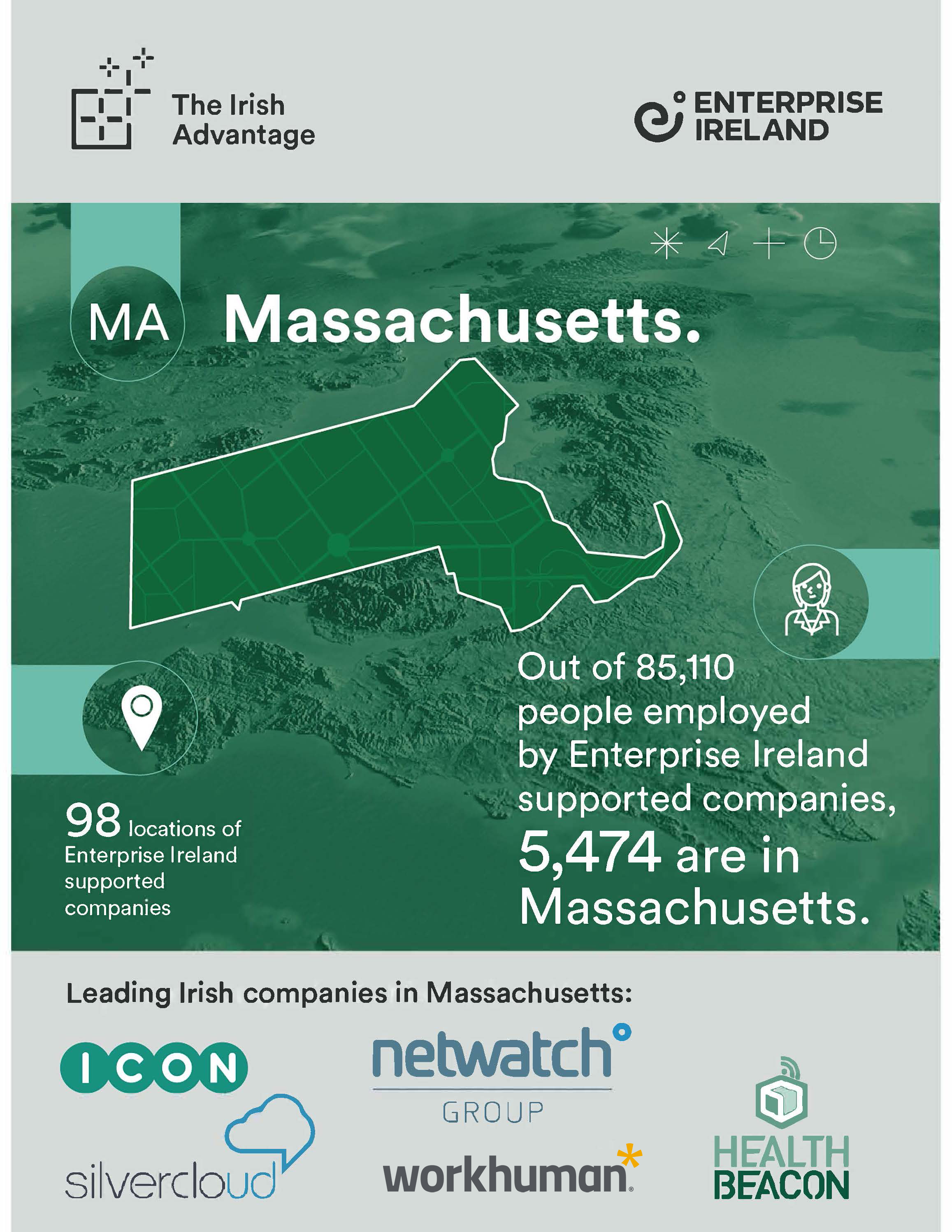 Ireland in the news Uncategorized @en-US

It was recently announced that as of the end of 2018, the state of Massachusetts is now home to nearly 5,500 Irish company employees, across almost 100 locations.

“In terms of enterprise opportunities in North America, Boston always has major draws for the Irish diaspora and business owners in the United States,” noted Doreen McKeown, Boston, Senior Manager, Enterprise Ireland. “Enterprise Ireland is glad to be on hand to aid and enable Irish businesses to grow and progress in Boston and the state of Massachusetts.”

Additionally, more than 100 Enterprise Ireland-supported companies are participating in economic missions across the US during the week of St. Patrick’s Day with the goal of advancing partnerships and driving expanded business in the US market.

“From innovative start-ups to major corporations, Irish-owned companies now supporting 85,000 jobs within the US is an amazing figure,” said Julie Sinnamon, CEO, Enterprise Ireland. “This represents a high level of successful partnership and investment, but in many ways, it feels as if we’re just getting started.”

Among the activities in Boston during the week of St. Patrick’s Day, Richard Bruton, Irish Government Minister for Communications, Climate Change and the Environment took part in a Global Business Lunch in Boston, alongside the Irish Government’s Chief Whip, Sean Kyne. The lunch was attended by major Irish employers to discuss the opportunity for continued investment in the region.

“St. Patrick’s Day is the perfect time to muse over the meaningful and lasting business relations that Irish people and the inhabitants of Boston and Massachusetts have developed over the course of history,” stated Bruton. “It is also a time to foster economic ties while serving as a reminder to strengths of previously forged relationships between our two countries.”