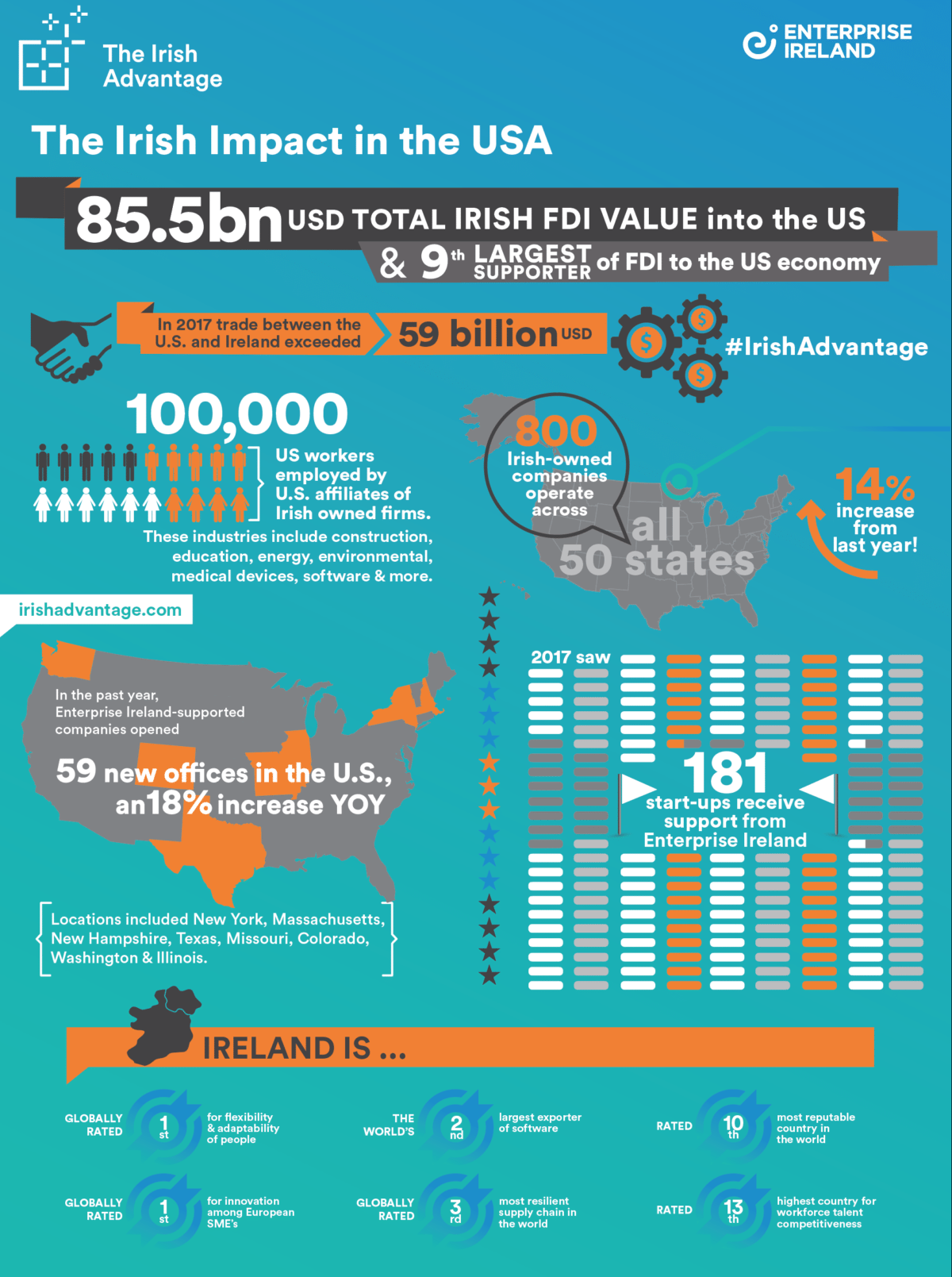 The well-known story of Ireland’s contribution to North American business has acquired a new chapter that reflects the global economy and Ireland’s role as an international force of innovation, entrepreneurship, and investment.  Enterprise Ireland, the Irish government agency for international development of Irish businesses, reports record employment and job growth among Irish businesses operating in America.

As of January 2018, almost 800 Irish-owned companies operate across all 50 states employing over 100,000 people. The companies cross a broad range of industries including construction, education, financial technology, energy, environmental, medical devices and software. According to the United States Bureau of Economic Analysis, in 2017 the value of Ireland’s foreign direct investment (FDI) was calculated at over 85 billion USD, ranking Ireland the 9th largest source of FDI.

“The strong employment figures of Irish businesses operating in the United States show the depth of engagement and confidence in this market,” said Julie Sinnamon, CEO, Enterprise Ireland. “Irish businesses are partnering with U.S. business and putting feet on the ground to support those partnerships. I am especially encouraged by the diverse range of businesses and the high rate of innovation common to those partnerships.”

“Ireland and the United States enjoy a very successful trade relationship that stretches back for many decades and brings significant benefits to both countries. Hundreds of Irish owned companies support more than 100,000 jobs across the United States in firms ranging from start-ups to major corporations said Leo Varadkar, Ireland’s Taoiseach (Prime Minister).

The organization has strong expertise in the medical technology, pharmaceutical, construction, and software markets among others. Globally, Ireland is the second largest exporter of software products and accounts for over 60 billion dollars in annual exports.