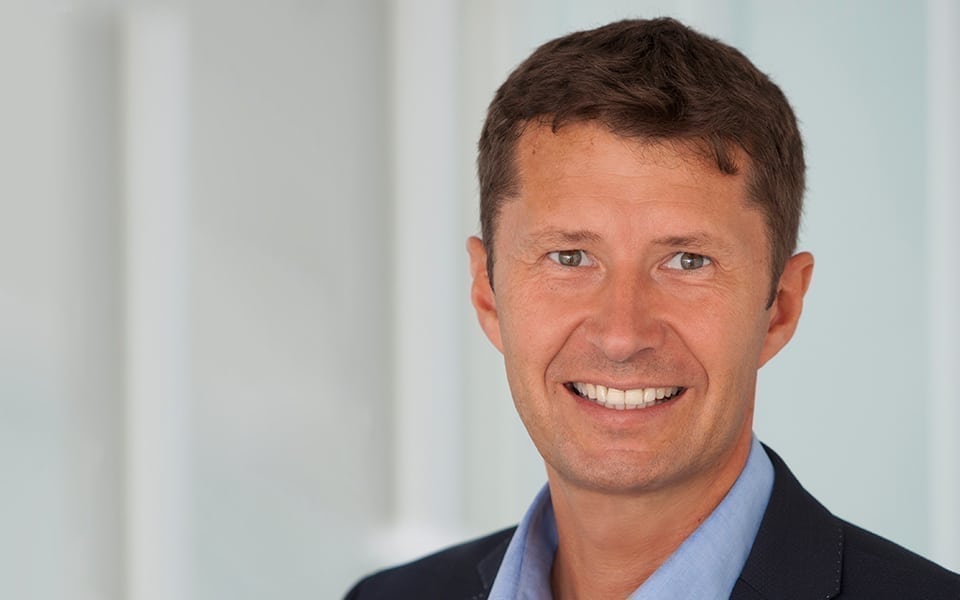 Irish financial technology companies are seizing the opportunities presented by a number of retail banking innovation megatrends, according to Frank Schwab, keynote speaker at an Enterprise Ireland event in Frankfurt.

As chairman of Hufsy, a Danish FinTech focused on start-up businesses, former CEO of Fidor TecS, the platform supporting German online bank Fidor, and a former chief architect of the retail banking division of Deutsche Bank, Schwab is well placed to know.

Chief among the megatrends shaping the banking industry are the constraints of legacy technology.

“We see the technology of each and every decade of the last five decades still deployed at incumbent banks,” said Schwab. “They are fed up with their IT legacy systems, which come with a significant and high maintenance cost, and which prevent them from acting fast. They are so tied up keeping it alive, they cannot seize opportunities.”

According to Schwab, a sustained low-interest rate environment isn’t helping, stymieing a legacy bank’s traditional source of revenue, and changing consumer behavior compounds the issue. Central to the problem facing legacy banks is that nobody actually wants to bank.

“Because of the smartphone and the rise of social media, how people behave is changing, and their expectations in relation to service delivery are changing,” said Schwab. “Nobody wakes up thinking ‘great, I’m going to make a payment today’.”

What they want is what the payment facilitates. Technology can deliver that.

The future of banking

“If you have a service like Uber, you can get your driver on the phone, he or she will drive you to your destination, and the payment is included in the service. As soon as you leave the vehicle, the payment is made without you having to push a button because the phone recognizes when you got in and got out of the car. This is what the banking of the future is all about,” said Schwab. “Of course, there will be payments but they will be embedded in the service, under the skin, invisible. That is what the technology has enabled.”

Technology also enables is 100% automation, so there’s nobody between the customer’s wish and the fulfillment of that wish.

“If on a Sunday afternoon, you run out of money, but know your salary will be in tomorrow, can a bank deliver a loan on a Sunday afternoon in real time to tide you over, in 60 seconds?” Schwab asked rhetorically. Yet this is precisely what online Fidor Bank has been doing – providing emergency cash service to precleared customers – for the past three years, he pointed out.

Crowdlending is another megatrend, offering an entirely different banking experience. Schwab cited the raising by Berlin football club Hertha BSC of €1 million in just nine minutes on German crowdfunding site Kapilendo – just before a Saturday afternoon game – as a case in point.

“Now think how a traditional bank handles SME lending. The crowd is for me a new kind of way to deliver a service,” said Schwab. “The same can be said for crypto currencies. There are currently more than 1,600 crypto currencies traded in more than 10,000 markets, and that’s just the ones that are listed. It’s not going away.”

One exchange, Binance, made a profit of US$230 million in Q1 of this year. Deutsche Bank made US$168 million in the same period. The total market value of all cryptocurrencies is US$400 billion. The overall money market is US$83 trillion, so cryptocurrencies currently amount to just 0.5% of that – but it’s growing.

“Crypto is still at early adopter stage. But on the other hand, the World Economic Forum predicts that by 2025 up to 25% of all value could be stored in the blockchain,” said Schwab. “That’s a move from 0.5% to 20%. That gives you some idea of the scale of the opportunity. We don’t yet know which companies will make it but it’s a field of significant growth.”

So why can’t banks be the first to capitalize on these megatrends? In a word, “culture”, said Schwab. “As (business academic) Oren Harari put it, the electric light bulb did not come from continuous improvement of candles.  We should not expect the banks to disrupt their own businesses, given their legacy in relation to both culture and systems, and the processes they are forced to sustain.”

Even the traditional advantage legacy banks have had in terms of consumer trust – being a safe place for your money – is being eroded.

“What comes with the blockchain is that you don’t need the intermediary anymore, and that is what gives it the trust. So, there is no reason for banks catering daily banking needs anymore,” he said. “In 20 or 30 years, if we can all have our crypto wallets on our mobile devices, most likely worn as a ring on our finger, why would we not? We can do peer-to-peer payments on a daily basis. You won’t need banks anymore.”

For big ticket or country-to-country transactions, banking will remain important, “but traditional retail banks will lose their current relevance,” he said. So, what does the future hold for them?

“Of course, banks, in the next 10 years, will have significant participation in all kinds of services. Some will transform themselves and find a business model that works in the future. The majority will go out of date and consolidate, which we are already seeing,” said Schwab. “Ten years ago, Germany had 3,000 plus banks. Now it has 1,500. But we now have 800 plus FinTech companies and some of these will transform into larger players.”

Irish FinTechs are well placed to seize the opportunities these megatrends present, selling both to FinTech and to the wider financial services sector.

“Ireland is perceived as having a very friendly regulation for financial services compared to Germany, good quality of people, and good quality of technology and processes,” said Schwab. “It’s the reason why so many services and operations centers are sourced there. And out of this perception, you can hook into the banking industry.”