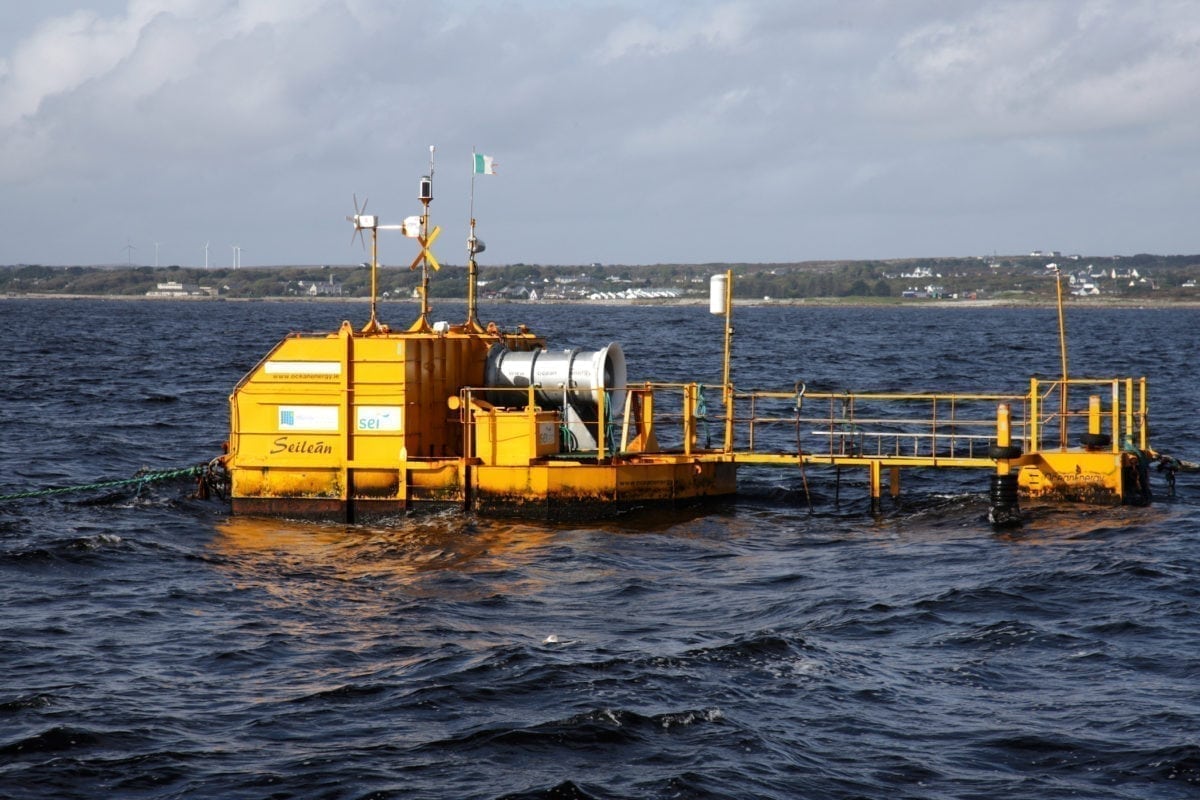 Irish company Ocean Energy has announced that its pioneering wave energy convertor “OE Buoy” will be built by Oregon-based Vigor and deployed at the US Navy’s Wave Energy Test Site on the windward coast of the Hawaiian Island of Oahu later this year. The contract value is $6.5m out of a total project value of $12m for this first of a kind grid scale project at the US Navy Wave Energy Test site.

The 826-ton “OE Buoy” measures 125 x 59 feet with a draft of 31 feet and has a potential rated capacity of up to 1.25 MW in electrical power production. Each deployed commercial device could reduce CO2 emissions by over 3,600 tons annually, which for a utility-scale wave farm of 100 MW could amount to over 180,000 tons of CO2 in a full year. It is estimated that a 100 MW wave farm could power up to 18,750 American homes.

“With rigorous testing and scaling of OE Buoy over the past ten years, today’s announcement of the device being built in Oregon represents a truly major milestone for Ocean Energy,” said John McCarthy, Ocean Energy USA LLC Chief Executive Officer. “It’s the combination of Irish innovation and American manufacturing expertise and that’s always going to produce a world-class result. This internationally significant project will be invaluable to job creation, renewable energy generation and greenhouse gas reduction.”

Marine renewables represent a market space that is relatively small at present, but is expected to grow rapidly over the coming decade. The opportunity for marine energy is that it can meet a significant percentage of the global energy demand.

“Building on the Irish-US government MoU for collaboration on marine and hydrokinetic energy technologies’ research, Ocean Energy and its partners are demonstrating how transatlantic cooperation can yield immensely productive results,” said Tánaiste (Deputy Prime Minister) and Minister for Foreign Affairs and Trade, Simon Coveney. “Irish innovation coupled with US engineering is providing the US Navy Wave Energy Test Site with sustainable and logistical gains and a template for future large-scale projects.”

Vigor is an innovator in complex fabrication, a specialized shipbuilder and a ship repair powerhouse, with approximately 2,300 employees and eight locations in Oregon, Washington and Alaska.