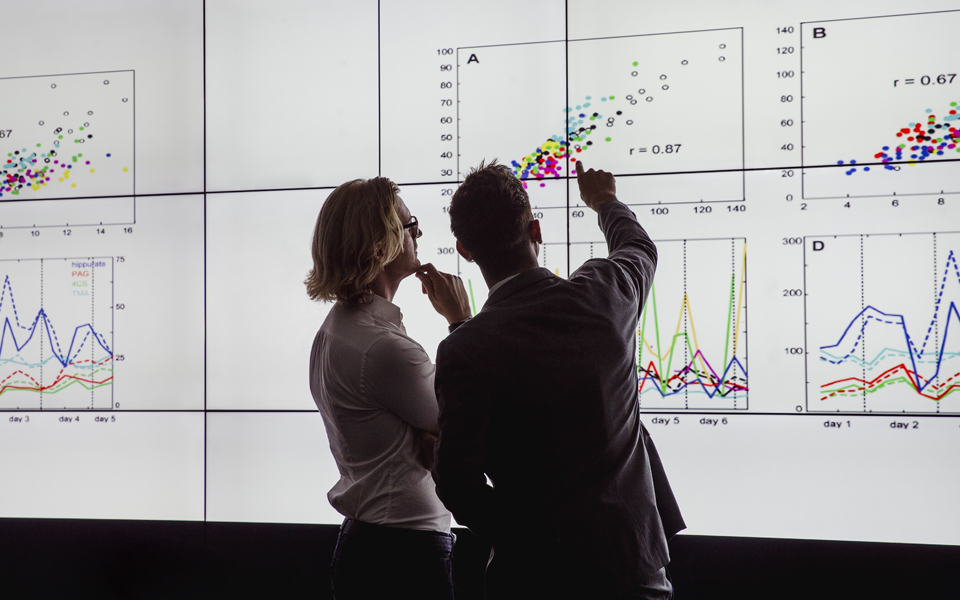 Known in legend as a “land of saints and scholars”, Ireland enjoys a growing reputation for collaborative research and cutting-edge science.

For the second year running, Ireland ranked first in the world for knowledge diffusion and tenth in the Global Innovation Index. These rankings reflect the Irish government’s ambition to support its position as a world leader in the knowledge economy, founding Science Foundation Ireland (SFI) in 2003, a sister agency of Enterprise Ireland (the trade and innovation agency), which funds basic and applied research in science, technology, engineering and mathematics (STEM) disciplines.

Last year, SFI invested $196 million of Irish government funds in research projects, with an additional investment of nearly $132 million in funding from other sources, including EU, international, and funds from private enterprise.

Once a technology is seen to have the potential to solve customer problems and is financially feasible, Enterprise Ireland offers a commercialization fund for further development to TRL 5 or 6, working prototype, and additional supports to help spin-outs to source a business partner or commercial lead.

According to James O’Sullivan, manager of the technology transfer office, Waterford Institute of Technology (WIT), the number of SFI programs involving national and international collaborations is growing.

“It’s not only that collaboration with academia gives industry a wider range of expertise than a company will have in-house. We are also very cost-effective,” said O’Sullivan. “The pharma company EirGen had a problem with tablet impurity in a new breast cancer drug. The Pharmaceutical & Molecular Biotechnology Research Centre (PMBRC) at WIT examined the problem and found a solution. The drug was launched on a European market worth $23 million and EirGen was subsequently bought by OpKo for $135 million. That’s a very good return on $5,600 spent on research.”

O’Sullivan also cites how, in response to a joint request by local engineering firms Shiva and Lisnabrin and medical devices manufacturer Boston Scientific, the first 3D metal printer was installed at the Enterprise Ireland-funded South East Applied Materials (SEAM) center at WIT in 2015. As a result of that $1.25 million investment, Shiva decided to acquire its own 3D metal printer, Lisnabrin developed new services for the 3D printing sector, and Boston Scientific located its 3D printing R&D facility in Ireland.

“That research investment produced a win-win all around,” added O’Sullivan.

The formation of Knowledge Transfer Ireland (KTI), a partnership between Enterprise Ireland and the Irish Universities Association, has made collaboration with Irish research institutions even easier for the industry. KTI has developed a suite of model agreements concerning IP licensing, options and assignments, which Richard Stokes, director of innovation at Dublin City University, says have been very useful in taking the heat out of IP negotiations.

“There is a scientific revolution taking place in Ireland since the formation of SFI in 2003,” said Stokes. “Ireland is punching above its weight in terms of the number of spin-out companies coming out of its third-level institutions.”

As well as university spin-outs, there are also ‘spin-ins’, says Dr. Ciaran O’Beirne, technology transfer manager at University College Dublin (UCD). “There are outside companies that choose to base themselves at campus incubation centers because of the ready access they gain to expertise on an ad hoc consultancy and contract basis.”

One such company headquartered at NovaUCD is OCE Technology, a developer of radiation-hardened chip level components, which recently secured $225,000 in investment from Zhuhai Orbita Aerospace, a Chinese company, to fund OCE’s market development activities in the United States.

“In Ireland, we view working with companies as an important element of research and we strive to make it an effective and accessible process,” said Alison Campbell, Director, KTI. “To complement the broad range of financial supports available, there is a national IP Protocol, a framework to assist companies to navigate working with the research base.”

This, and the associated practical resources and template agreements produced by KTI, means that the negotiation of arrangements is greatly speeded up, leaving companies and their research partners to focus on the important part – constructing meaningful research projects that will deliver the right kind of mutually beneficial results.

“With over 1,300 new live research collaborations last year, we think the industry is making good use of the knowledge and expertise available within the research base, added Campbell.”

&Open: A high-tech platform for delivering a global, personal touch