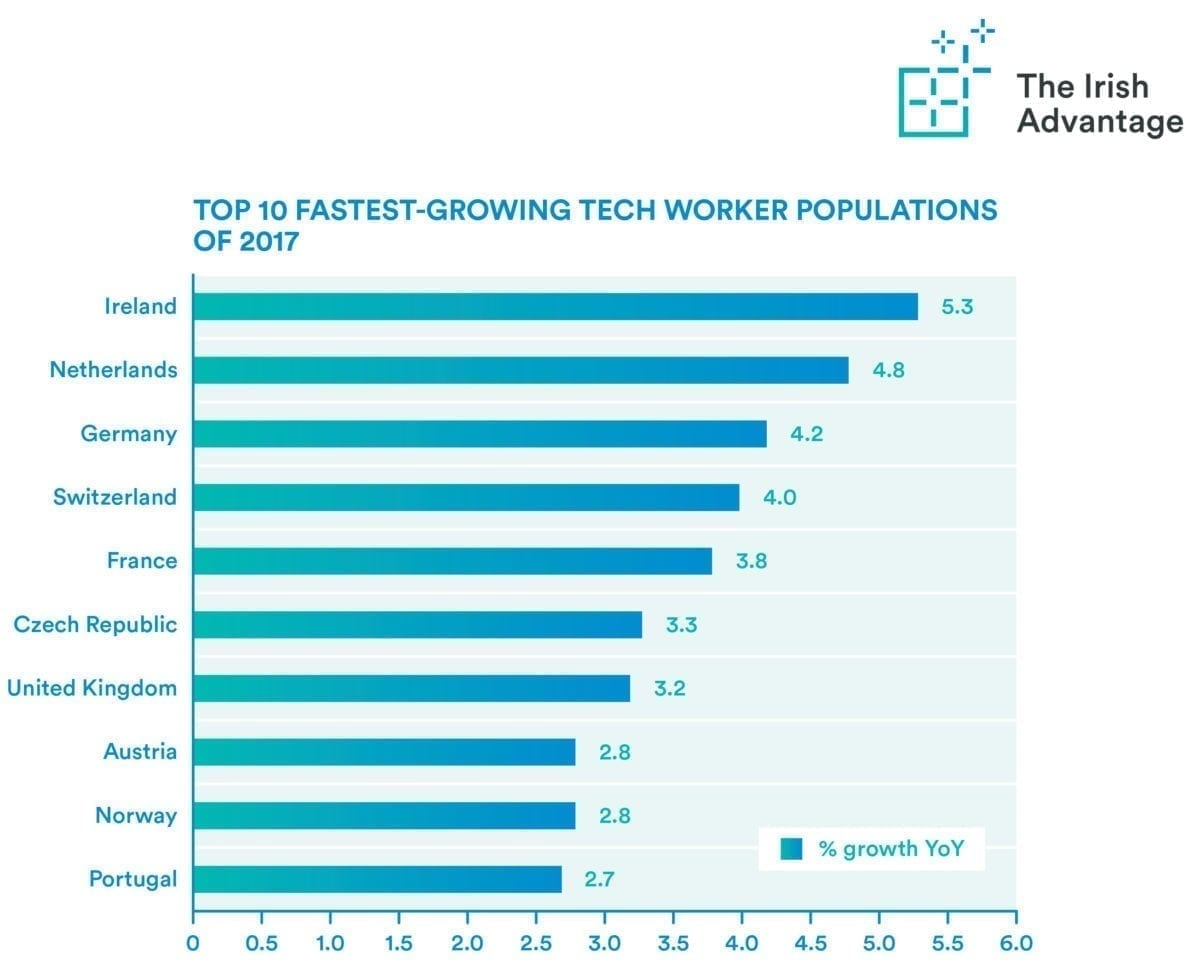 Ireland Has Fastest-Growing Tech Worker Population in Europe for 2017

The findings from the State of European Tech 2017 report show that Ireland’s tech ecosystem continues to expand. Ireland’s rankings in the annual report point to the strength of the country’s resident tech workforce. Ireland has the fastest-growing tech worker population in Europe for 2017, with the expectation that impacts of the Brexit vote will see that figure grow further.

The ranking is significant as access to talent is cited as “by far the most important factor” influencing founder location decisions in Europe. The UK and Ireland attract the highest share of talent from across Europe, with inbound talent arriving mainly from Southern Europe, Central and Eastern Europe, and the Baltics.

The report also found that Ireland is one of the top ten destinations for capital invested in Europe and has raised more than $1 billion since 2012. 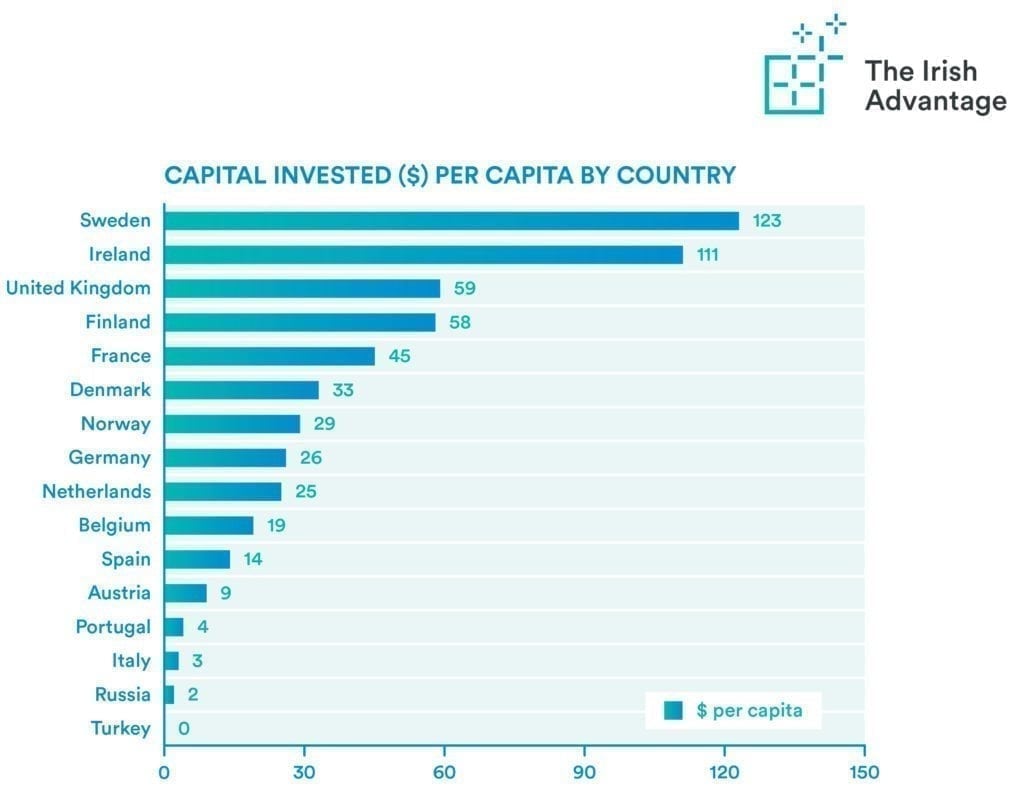 Ireland ranks in the top ten European countries for DeepTech investment, covering technologies like Artificial Intelligence and Machine Learning, Augmented and Virtual Reality, and Blockchain, a sector that is expected to continue to attract large amounts of venture capital funding in the medium term.

Ireland was named first for skills and innovation in the EU Commission’s 2017 Fact Sheet. In October, Eurostat research found that Ireland has the highest proportion of high-growth enterprises in the EU, ahead of the UK, Portugal, Hungary, and Bulgaria.

European Tech Stronger Than Ever

The report brings positive news for the sector more broadly, with this year’s findings showing that the state of European tech in 2017 was the strongest it has ever been. Europe’s tech industry is creating jobs faster than the rest of the European economy, with the tech workforce growing significantly faster than overall EU employment. Europe saw 3 x year-on-year growth in the tech worker population, compared to just 0.8 percent growth in overall EU employment, according to the European Commission ’s economic forecast for Winter 2017.

The State of European Tech 2017 report is the most comprehensive and data-driven portrait of Europe’s technology ecosystem to date and illustrates the world-class innovation the tech sector is producing in Europe. The report was produced by Atomico in partnership with tech and business leaders including LinkedIn, Stack Overflow, Meetup, the London Stock Exchange, European Startup Initiative, and the European Investment Fund.