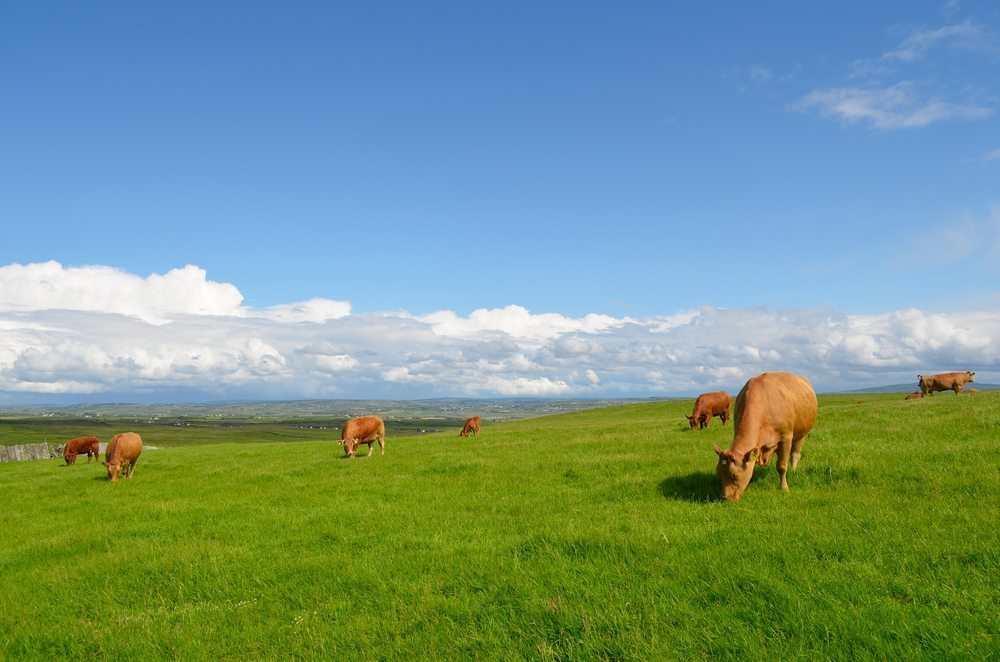 The dominant mega-trend in global agriculture for the foreseeable future will be sustainability; the need to produce enough food for a rapidly growing world population over the next half century and beyond, and at the same time, to reduce the environmental impact of chemicals such as fertilizers and pesticides.

This is possibly the greatest single challenge facing the world at present: how to feed a population set to grow from 7.6 billion today to 8.6 billion by 2030, 9.8 billion by 2050, and 11.2 billion by 2100. The Agritech community will play a key role in meeting that challenge.

The word ‘Agritech’ tends to conjure up images of drones patrolling farms, autonomous tractors and harvesters, robotic milking machines, and other pieces of futuristic technology. While these are accurate, the most important developments in agricultural science and technology will be those that allow us to do more with less as we continue to produce high-quality food.

Today, machinery produced by Irish manufacturers is harvesting grass throughout the world and is responsible for feeding cattle on every continent. 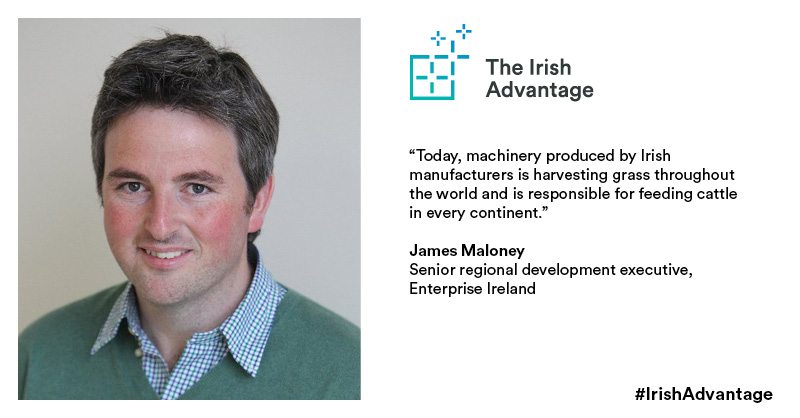 Ireland might be a relatively small agricultural producer globally but what we do in the sector, we do extremely well. Ireland has the highest standard of agricultural education in Europe and has established a deserved reputation for innovation across the entire agricultural value chain.

Ireland also competes with the very best globally in terms of food quality, with extremely low rates of antibiotic usage, no hormone usage, very high standards of animal welfare, and full traceability from farm to fork.

Ireland is enormously efficient when it comes to food production. Our population currently stands at 4.7 million people but enough beef and dairy for roughly 35 million people is produced. Approximately 50 percent of the food produced in Ireland is exported. That is the standard of efficiency that other countries must attain if the global food challenge is to be met.

None of these developments have occurred by accident. Striking the right balance between increased production and high standards of animal welfare and sustainability requires a combination of best farming practice and innovative agricultural technologies.

World-leading research from Teagasc, along with ongoing investments in R&D by Irish firms have helped create a thriving Agritech sector. For example, Irish ag-engineering exports are now worth more than a quarter of a billion dollars annually to the Irish economy.

Companies such as Dairymaster have led the way with significant investments in in-house R&D and a strong customer focus. Dairymaster’s latest innovation is a smartphone app which allows farmers to remotely control their milk tank.

Another innovative company, Moocall, has developed a collar for bulls that detects which cows are in heat and monitors the bull’s activity.

Keenan Systems’ InTouch service uses telematics to connect its mixer wagons in the field to a data center in Ireland’s County Carlow, allowing for remote adjustment of feed mixes to optimize yield or milk production.

Equilume’s technology, which was originally developed to manage fertility in horses, has proven to boost milk yields by up to 9 percent per year.

In another area entirely, MagGrow has developed a technology which magnetizes the droplets from a sprayer, causing them to bind better with plants, thereby reducing the amount of liquid required.

Enterprise Ireland, the government’s national export agency, works with Irish Agritech companies to help them innovate and win in international markets, connecting with them from start-up stage and helping them to grow to the point where they become established players internationally.

A new $23 million investment fund established by the Ireland Strategic Investment Fund (ISIF) and Finistere Ventures also aims to support Ireland’s development as an “Agritech island”. The Ireland AgTech Fund will invest in start-up and early-stage companies that can generate significant economic impact in the Irish agriculture and food sectors.

The need for change in traditional agricultural systems is being driven by a range of powerful forces, including pesticide reduction initiatives, the need to reduce antibiotic use, increased scarcity of water, and the challenge to provide sustainable food production systems for the growing world population. As Irish companies develop innovative solutions to meet these challenges, the world is beginning to take notice.

Insights from the Agritech industry in the new normal