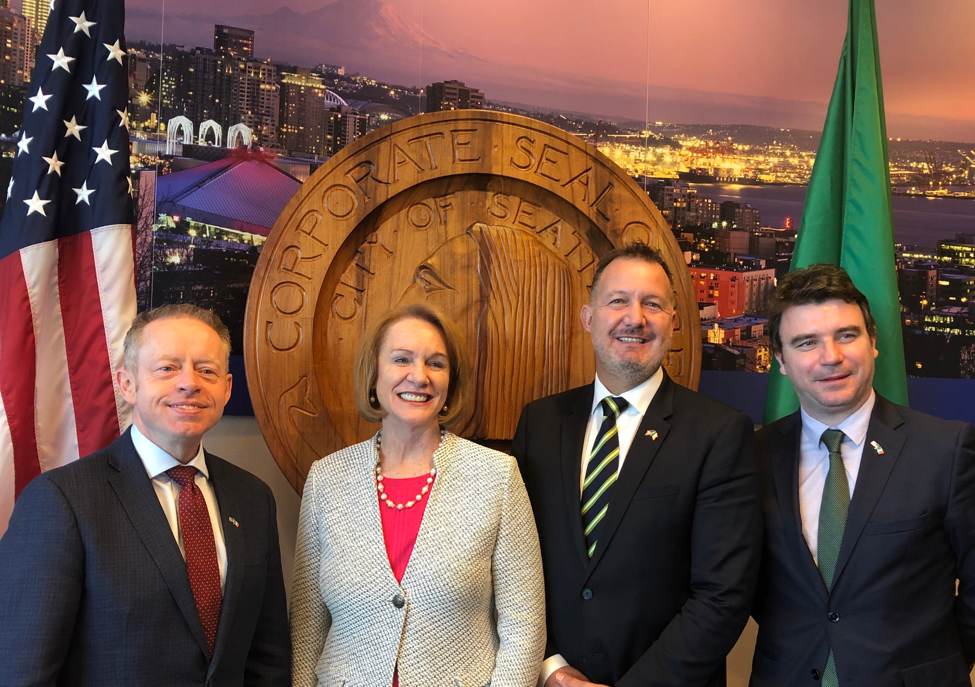 Enterprise Ireland has just announced the expansion of its U.S. operations with a new office in Seattle, Washington.

The announcement was made this week at a meeting between the Mayor of Seattle, Jenny Durkan, and the Irish Government Minister for the Diaspora and International Development, Ciaran Cannon.

“We are thrilled that Enterprise Ireland has chosen to expand its presence here in Seattle,” said Mayor Jenny Durkan. “We will continue working to strengthen Seattle’s cultural and economic ties with Ireland, and we will continue to celebrate the incredible contributions of our Irish community to this great city.”

Seattle is one of the United States’ fastest growing cities. With a population of just under three million, the most northern, major city in the U.S has experienced rapid economic success in recent years. Its geographical location makes it a major gateway for trade with Asia and a hub for several Fortune 500 companies.

“Enterprise Ireland is responsible for the continuing growth and success of Irish companies on Irish soil and beyond,” said Minister Cannon. “We are encouraged to see the diaspora of Ireland thriving in the U.S., given the historic connections between our two countries.”

Julie Sinnamon, CEO of Enterprise Ireland said “Irish investment in the U.S. is at an all time high. Over 100,000 people are employed in the US by Irish companies in 2018, of which 85,000 people are employed by 520 Enterprise Ireland-supported companies. Ireland is now the ninth largest source of foreign direct investment into the United Sates at $146.2 billion. To further grow this investment, we are delighted to announce that we plan to open our sixth Enterprise Ireland office in the U.S., building on our existing network, which spans New York, Chicago, Boston, Austin, San Francisco and now Seattle.”

“Washington State and the city of Seattle is a prosperous region for aerospace, data centers, cybersecurity, interactive media and the wider breadth of digital technologies,” stated Paul Burfield, SVP West and Southern United States, Enterprise Ireland.  “These centers of excellence align strongly with the capabilities of Irish companies and connecting the ‘Emerald Isle’ and the ‘Emerald City’ is a link that we at Enterprise Ireland are excited to develop.”