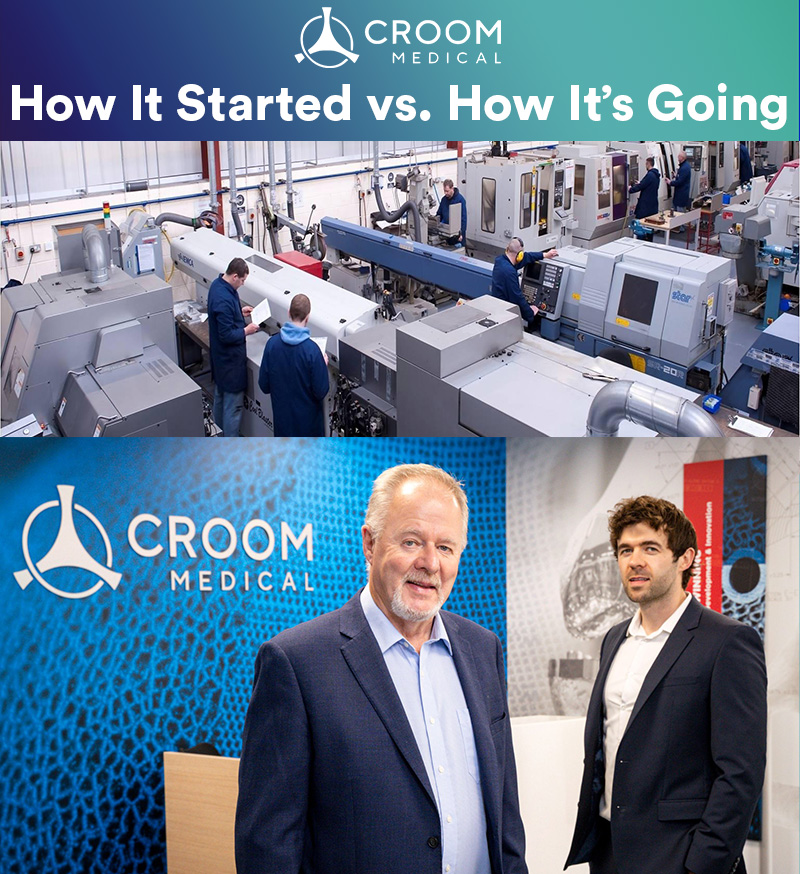 How It Started vs. How It’s Going: Croom Medical Precision

Croom Medical is a Limerick-based orthopedic implants and aerospace components manufacturing company with over 39 years of experience in partnering with global multinational companies. To learn more about how they gained this impressive longevity in the industry, we asked CEO Patrick Byrnes to share the details of the journey of the years and the pivots that helped them remain successful.

1. When and how did Croom Medical start?

2. Can you give a little bit of background or information on the founders? Who are they, and how did they come together to create the business?

3. What were some of the largest hurdles faced when the business first started?

4. What lessons did the founders learn in overcoming those hurdles?

5. Have there been any major pivots that the company has made over the years?

8. What decisions were made that have been instrumental in achieving the company’s current success?

9. What achievement of the company so far are you most proud of?

10. What project that the company has done are you most proud of?

11. What do you hope the future of the company looks like?

12. How has the experience of being a part of your company impacted you personally/ your personal growth?

13. Looking back on the growth of your company, is there anything you would advise someone else to do differently than you had done?

14. Can you share a bit about the personal relationships you have formed through the company?

Croom Medical has an incredible story, and we admire their goal to improve healthcare globally. We thank them for sharing their story!

Expansion of ONK Therapeutics’ Leadership Team and US Operations