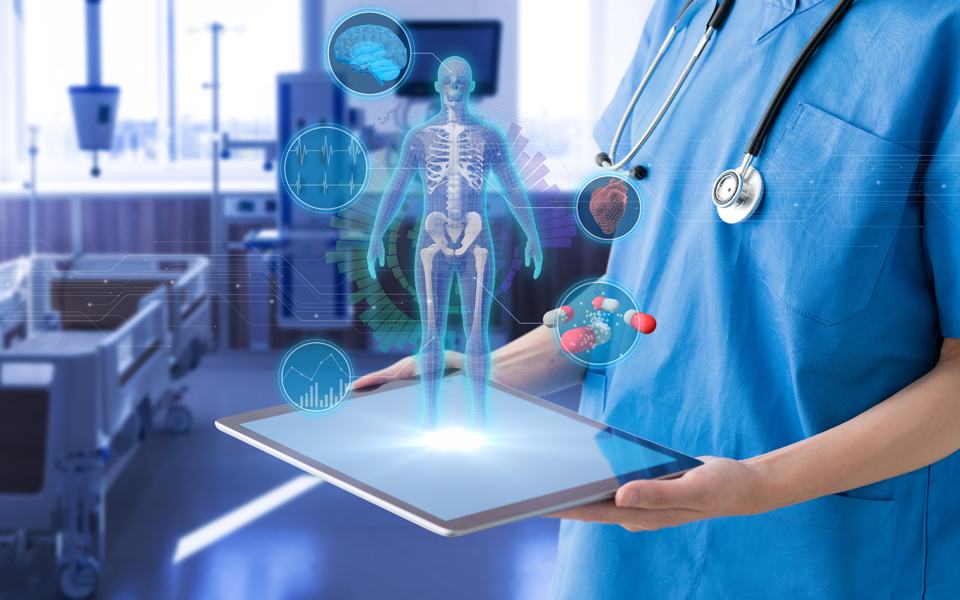 AI to the forefront of shifting medtech landscape

In good times and bad, whether we are stressed or serene, there is a solid reason we are routinely told to listen to our bodies. Our bodies have a lot to say for themselves.

EY’s most recent life sciences Pulse of the Industry report describes the human body as the ‘biggest data platform’ there is. Capturing this data, making sense of it, and using it to create value for all stakeholders, are the driving forces behind today’s global health industry.

What, specifically, can we expect to see and hear shaping medtech over the coming months? Ask anyone up or down the supply chain and the first response you’re likely to hear involves the unstoppable rise of Artificial Intelligence (AI).

It’s widely anticipated that the market for healthcare AI applications will increase significantly this year – to around $1.7 billion – in areas including drug development, imaging diagnostic and risk analysis. As the medtech industry comes to terms with the seemingly endless possibilities of AI, all concerned are looking for evidence – and results.

The rise and rise of AI

“It’s not just medtech that’s being transformed by AI, it’s almost every industry,” says Donal Cummings, Chicago-based Vice President of Digital Health and Life Sciences with Enterprise Ireland. “But the impact on healthcare is likely to be greater because it’s a legacy industry that lags behind other sectors, so AI has the capacity to really move the needle.

“Some of the advances are mind-blowing,” says Cummings. “You look at a firm like Nuritas, which is using AI to unlock peptides that deliver unprecedented health cures and benefits that could improve the lives of billions of people. The potential is just vast.”

That sense of potential is shared by Amy Robinson, a Trade Development Executive with Enterprise Ireland based in Boston.

“AI is the massive buzzword in our industry right now, it’s taking over the pharma world as well as the medtech industry. Everyone knows that AI has the capability to transform the way we treat patients but are we seeing it in action? I’m not sure – not fully anyway,” says Robinson. “Maybe this will be the year that machine learning does what everyone says it can do, in terms of time saving and accuracy of diagnosis.”

“Right now though, my sense from talking to companies is that there’s still a slight hesitation. Are patients going to buy in? Are companies going to invest? I have a feeling everyone is holding back slightly until the technology has proven itself,” added Robinson.

As that technology evolves from perceived ‘gadgetry’ to genuine, device-based data generation and analysis, industry insiders see a range of holistic benefits.

“AI represents a golden opportunity to capture and collect data that brings about a greater understanding of individual patients,” says Jean-Charles Moczarski, Market Advisor for Enterprise Ireland’s life sciences division, based in Paris. He cites Syncrophi as an example of an Irish company operating in the digital health space.

“One of the great benefits of the technology is that it allows medical practitioners to spend more quality time with the patient and less time on paperwork and administration,” Moczarski continues. “Meanwhile, analysis of the data through complex algorithms leads to more specific, and ultimately more effective, treatments.”

AI is also enabling individuals to take more control of their own health.

“Here [in the US], there has a been a shift to value-based care. Ultimately, hospital systems want to reduce the number of hospital admission as much as possible, keep people in the hospital for as long as necessary for treatment, and then reduce the likelihood of readmission following discharge,” says Robinson. “The rise in wearable tech can reduce traffic to the hospital waiting room, and if someone is prone to falling, for example, their watch can send them alerts and guide them through daily exercises designed to strengthen core muscles and balance. The same tech can help people monitor their sleep patterns, cardiac rhythms, or even recover from a more serious illness, say a stroke or Parkinson’s, by setting and monitoring daily goals.”

As fast as the AI revolution is taking place, it’s about to get even faster.

“The arrival of 5G mobile technology is going to speed things up in healthcare AI, with real-time information dramatically improving the quality of care,” says Moczarski. “There seems to be almost no limit to the value the technology can add. Basically, the more data the healthcare industry has, the more things it can do.”

Who knows more about data than the tech giants? These behemoths have had their eye on medtech for some time now. Apple, in particular, has been leading the charge with a series of consumer-targeted innovations – the Apple Watch is virtually a 24/7 health advisor – and data-driven investments. What is the state of play this year?

“As an industry, medtech is certainly ripe for disruption,” says Cummings. “You look at banking, which is hardly at the forefront of technological uptake, and people have all sorts of ways to access their money and their data. Compared to that, health is lagging so far behind that it’s no wonder the big tech firms are waiting in the wings.

“These guys are proven problem-solvers; they’re used to going into a sector and creating solutions to tackle pain points,” added Cummings. “The likes of Google and Apple have looked at healthcare and thought ‘You know what, we can make this better’. I think Apple, in particular, is ready to go again with their wearable technology.”

It’s not just consumers who are feeling the effects of a tech takeover.

“Up until now the healthcare industry has been made up of traditional players, such as Boston Scientific and Medtronic,” says Robinson.  “We are now beginning to see a shift towards more non-traditional players entering the market. GAFA [Google, Apple, Facebook, Amazon] are poised to move in and they’re threatening to shake up the whole industry. As such, traditional suppliers have been consolidating their supply chains in order to remain competitive and that’s having a knock-on effect on smaller manufacturers who perhaps don’t have the economy of scale.”

Another trend shaping the healthcare landscape this year is consolidation, with high-profile mergers and acquisitions helping companies to scale and enhance their competitive edge.

“There’s a lot of consolidation adding a further layer of complexity to the medtech industry, I would say concentrated mainly among medical device manufacturers,” says Cummings. “This has the potential to squeeze the little guys, who traditionally would have started out as sub-suppliers to Irish manufacturers before setting their sights on the export market. With the trend now toward fewer and bigger suppliers, the smaller players may have to rethink their business model. There is a lot of interest in the Irish scene, which is known as a greenhouse for medtech innovation, and there are a lot of big players looking around for the next big opportunity to invest.”

Digital transformation is accelerating in every aspect of our lives. Healthcare is no different. The rise of artificial intelligence, the proliferation of big tech in medical research and manufacture, and the changing face of the wider business, is all being driven by an unprecedented flood of information. As even more data becomes available, as our understanding of that data becomes more sophisticated, the industry will continue to change. An exciting year awaits.