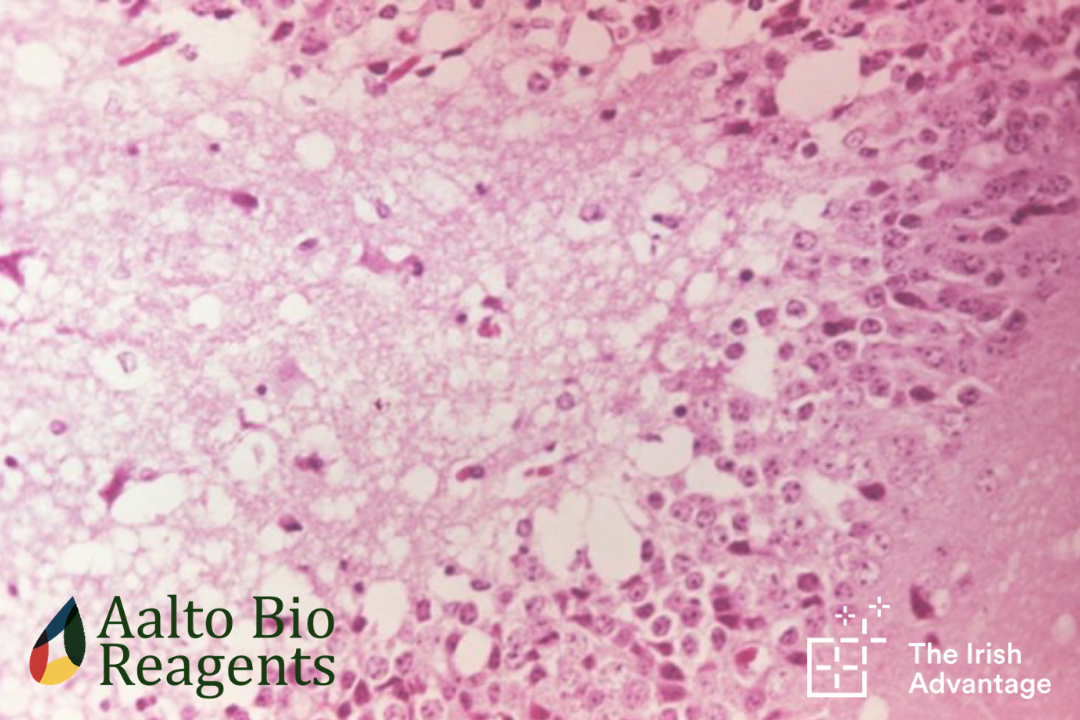 “This exciting VEEV NSP2 TC83 launch marks the first in a series of dynamic new products coming from Aalto Bio in the emerging disease space,” said Philip Noone, CEO, Aalto Bio. “With this new VEEV NSP2 TC83 protein, it enables our customers to bring superior, differentiating diagnostic end products to market faster which will enable faster diagnosis, identification, and treatment of these deadly viruses.”

The virus that causes VEE can be spread mainly by mosquitos that bite and infect humans and or animals. The virus can spread very quickly depending on the subtype of VEE that is transmitted and the density of the mosquito populations near an outbreak region. Enzoonotic subtypes of VEE are endemic to certain geographical areas.

In the Americas, there have been 21 reported outbreaks of VEE to date. The virus was first isolated in 1938 and the outbreaks have incurred in the United States, Columbia, Mexico, Venezuela of most note in the Americas. VEE normally occurs after periods of long precipitation, which cause the mosquito populations to soar.

One of the largest outbreaks of the virus occurred in Columbia in 1995 with 14,156 human cases and over 26 reported deaths. One of the key reasons for the outbreak was the high level of rainfall that season in Columbia. The other key element concerning the outbreak is the deforestation that caused a change in the mosquito species. Aedes taeniorhynchus mosquitos, which prefer to feed on equine populations, replaced Culex taenopius mosquitos, which prefer to feed on rodents.

There is an inactivated vaccine available for animals, which contains the C-84 strain for VEEV, and is primarily used on horses. In the case of humans, there is another rudimentary vaccine, which contains the TC-83 strain and is only used to date on military and laboratory personnel. However, clinicians have found that the vaccine does have side effects and does not fully immunize the patient. The team at Aalto Bio believe their new protein will help further the development of a more mainstream vaccine, which will give greater or full immunization to vaccine candidates and allow faster infield diagnostics of the virus. It should also be noted that during the cold war, both the U.S. and Soviet biological weapons program researched and developed the VEEV virus.

“Aalto Bio is a leading global provider of high-quality and esoteric biological raw materials to the in-vitro diagnostic industry,” stated Jennie Lynch, Senior Market Adviser, Enterprise Ireland. “We are glad to support them in bringing groundbreaking technology to the frontier of biotechnology and pharmaceuticals.”